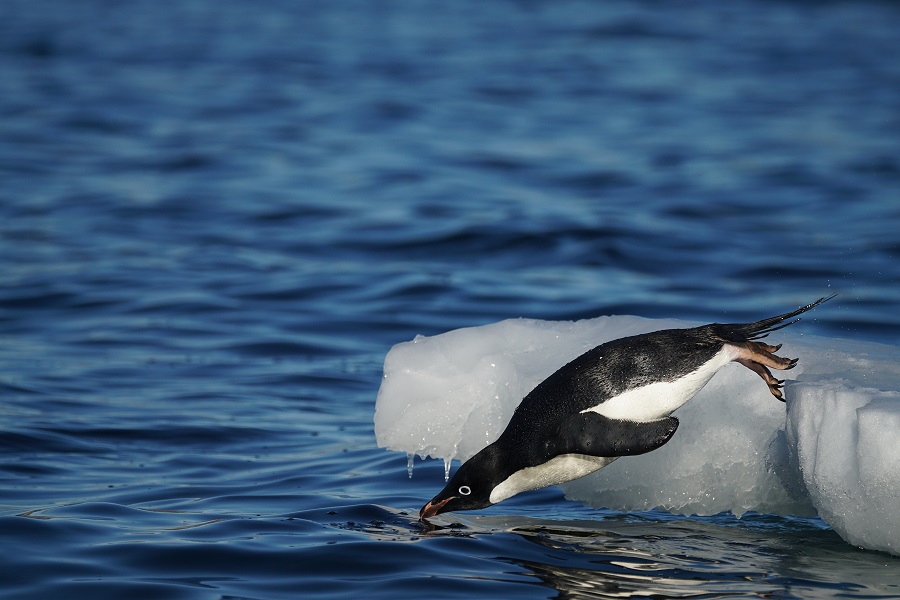 A new IMAS PhD study has revealed that the foraging strategies of Adélie penguins, one of the Southern Ocean’s important ecosystem indicator species, do not conform with traditional foraging expectations – and it could influence future conservation planning and resource management.

Air-breathing marine predators like seabirds and marine mammals forage in a dynamic fluid environment, hunting for prey distributed across horizontal and vertical planes, all within the limits of their oxygen stores and driven by an urgent need to get back to their nesting sites to feed their chicks. Their foraging behaviour affects their breeding success and ultimately drives population trends and characteristics. Lead author, Javed Riaz, whose PhD is jointly supervised by IMAS and the Australian Antarctic Division (AAD), said the foraging strategies of Adélie penguins can provide an indication of krill availability and broader ecosystem structure and functioning.

“However, foraging behaviour studies have usually only considered one aspect of a marine predator’s movement by analysing horizontal and vertical (diving) movements separately,” Javed said.

“When looking at horizontal movements alone, it’s a common assumption that predators will focus their foraging on distinct prey-patches, and that the regions they spend the most time in are important foraging habitat.”

For this study, researchers were able to use satellite trackers and dive loggers on 23 Adélie penguins in the Béchervaise Island colony, East Antarctica, thanks to the AAD’s long-term monitoring program there. 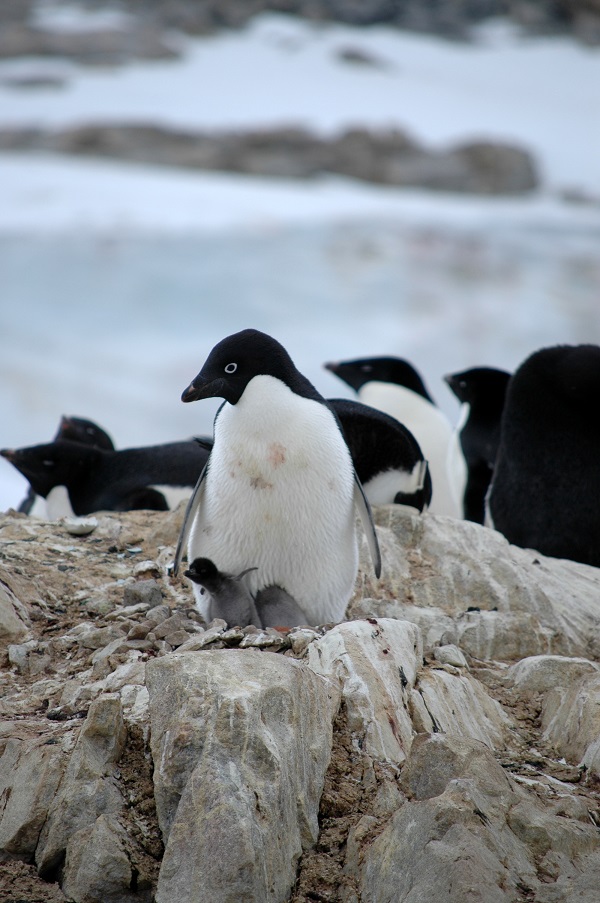 “We had a unique opportunity to observe both the horizontal and vertical movement of the Adélie penguins at the same time, and what we found didn’t conform to traditional foraging theory and expectations,” Javed said.

“Rather than foraging in distinct prey-patches, we discovered that the penguins dive continuously during their foraging trips.

“So either the area they are foraging in has high prey availability – or opportunistic foraging behaviour is the practical and less risky option when there’s intense pressure to capture enough food to feed their chicks.”

The new findings of the study published in Movement Ecology have provided new insights into the three-dimensional foraging behaviour of Adélie penguins.

“This has built on our understanding of habitat use and foraging hotspots for this important indicator species, and will ultimately inform how foraging habitat is managed for Adélie penguins in the future,” Javed said.