Single-use plastics are an underestimated but notable cause of albatross mortality in the Southern Hemisphere, and equals fisheries-related deaths in coastal areas, a new study has found.

The study published in the journal Conservation Letters is the first to estimate the frequency of plastic ingestion related death in a seabird group across different ocean basins.

IMAS University of Tasmania and CSIRO lead author Dr Lauren Roman said that, while plastic is recognised as a major threat among some North Pacific species, it is considered a minor threat in the Southern Hemisphere.

“Albatrosses are among the most imperiled vertebrates on Earth, with more than two thirds of albatross species on the endangered list,” Dr Roman said.

“The Southern Hemisphere is home to the world’s largest flying bird, the wandering albatross, and 18 other albatross species. “These pelagic seabirds face threats from invasive species on breeding islands and as victims of bycatch in fisheries, but ingestion of plastic is emerging as another key threat.”

For this study, researchers looked at 107 beach‐cast albatrosses from 12 species brought into wildlife hospitals and pathology services across Australia and New Zealand.

“We estimate that ingestion of plastic may be responsible for almost 18% of mortalities in some regions and that single-use plastics, including plastic bottles and balloons, are among the items causing albatross deaths,” Dr Roman said.

Co-author Richelle Butcher, a veterinarian at Wildbase Hospital based at Massey University in New Zealand, said birds brought into veterinary clinics are frequently emaciated with no obvious trauma, and plastic is often radiolucent so may not be detected in x-rays.

“Because obstruction of the gastrointestinal tract prevents or slows nutrient absorption, it causes dehydration, weakness, lethargy and hypoglycaemia, even when the bird is fed. But dehydration often masks the signs of obstruction,” Ms Butcher said.

Co-author Phil Kowalski, a veterinarian at The Nest Te Kōhanga at Wellington Zoo in New Zealand, said even a single plastic item could result in death if it caused an obstruction or a perforation.

“So as part of our study, we developed a checklist of the clinical signs of gut obstruction for veterinarians and wildlife carers. We suggest that, if these signs are present, clinics conduct an endoscopy to investigate further.”

“Conservation actions are currently prioritised towards more visible threats, such as fishery interactions, oiling, and predation of chicks on breeding islands. However marine debris, along with disease and trauma, are not easily observed threats, especially in pelagic seabird populations that spend most of their lives at sea,” Dr Roman said.

“While less obvious, the timing and high ratio of albatross deaths from plastic ingestion presents a warning for the future of these long-living and slow-to-reproduce ocean wanderers.

“Adding plastic pollution as an internationally-recognised threat to albatross may be the trigger needed for governance changes in land-based waste, fisheries and island management – and will help to protect albatross populations in the Southern Hemisphere and around the world.” 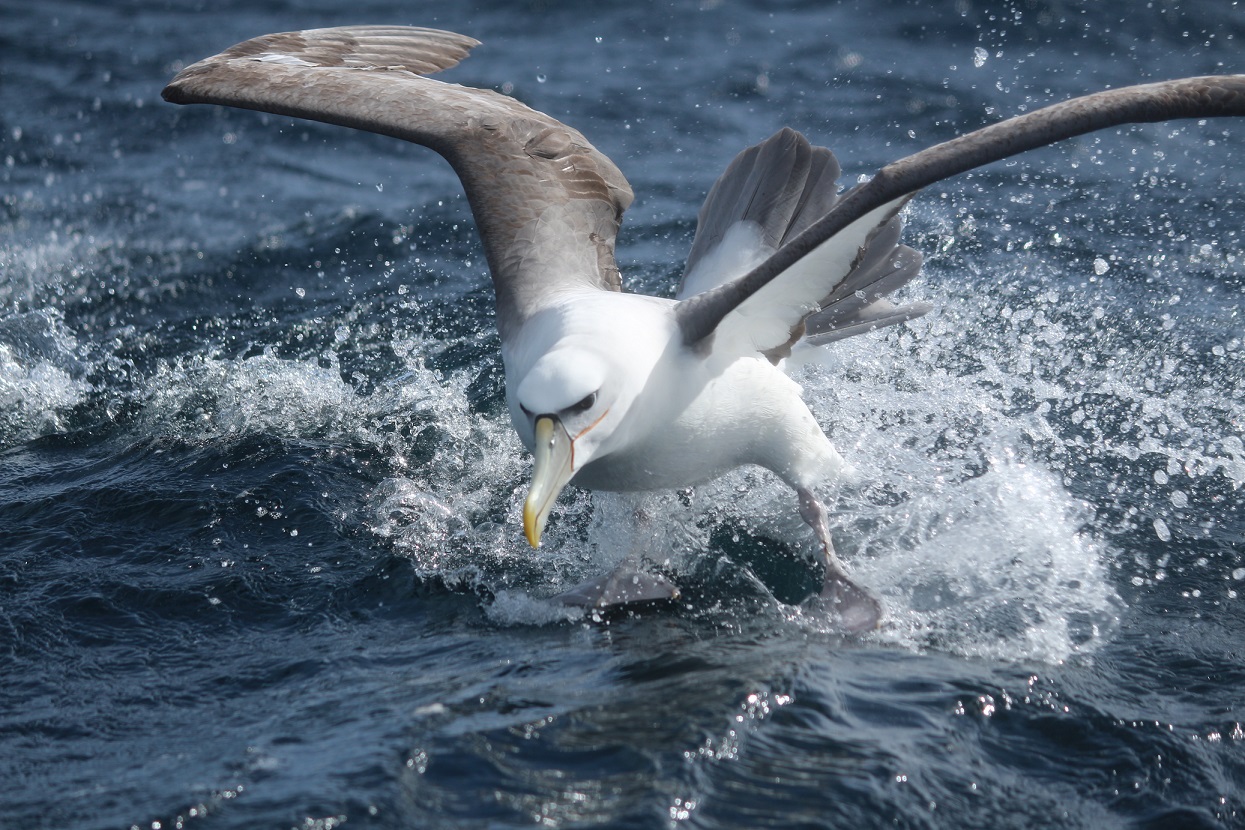 This study was a collaboration between IMAS University of Tasmania, CSIRO Oceans and Atmosphere, Wildbase Hospital | Massey University NZ, The Nest Te Kōhanga | Wellington Zoo NZ and the Queensland Department of Environment and Science.