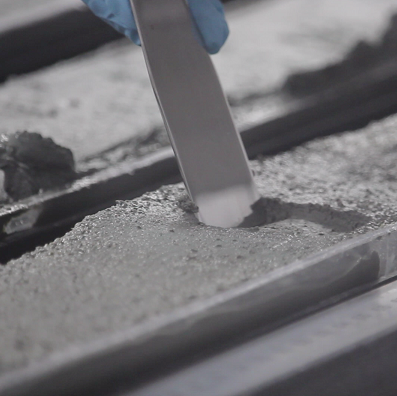 Scientists have discovered 1-million-year-old marine DNA in deep-sea sediments of the Scotia Sea, north of the Antarctic continent, which gives insights into past ocean ecosystem-wide changes, and will help predict how marine life will respond to climate change now and into the future.

The IMAS-led international study team found the marine ‘sedimentary ancient DNA’ (sedaDNA) in sediment samples collected up to 178 metres below the seafloor, during a 2019 International Ocean Discovery Program (IODP) expedition.

“The fragments are the oldest authenticated marine sedaDNA discovered to date – and these have been preserved due to factors like very low temperatures and oxygen concentrations, and an absence of UV radiation,” said Dr Linda Armbrecht, IMAS researcher and lead author of the study published in Nature Communications.

“To analyse these fragments, we use a new technique called sedaDNA analysis, which can help us decipher what has lived in the ocean in the past and when, across multiple ice-age cycles.

“With this knowledge, we can better predict how marine life around Antarctica will respond to ongoing climate change,” she said. Among the organisms detected in the sediment were diatoms, a type of phytoplankton that are the basis of many marine food webs.

Dated back to around 540,000 years ago, the diatom sedaDNA data showed they were consistently abundant during warm climatic periods.

Study co-author, Dr Michael Weber from the University of Bonn in Germany, said the last change like this in the Scotia Sea’s food web occurred about 14,500 years ago.

“This interesting and important change is associated with a world-wide and rapid increase in sea levels and massive loss of ice in Antarctica due to natural warming – warming that apparently caused an increase in ocean productivity around Antarctica at that time.”

The study demonstrates that marine sedaDNA analyses can be expanded to hundreds of thousands of years, opening the pathway to investigating ecosystem-wide ocean shifts and paleo-productivity phases throughout multiple glacial-interglacial cycles.

“Antarctica is one of the most vulnerable regions to climate change on Earth, so studying this polar marine ecosystem’s past and present responses to environmental change is a matter of urgency,” Dr Armbrecht said.