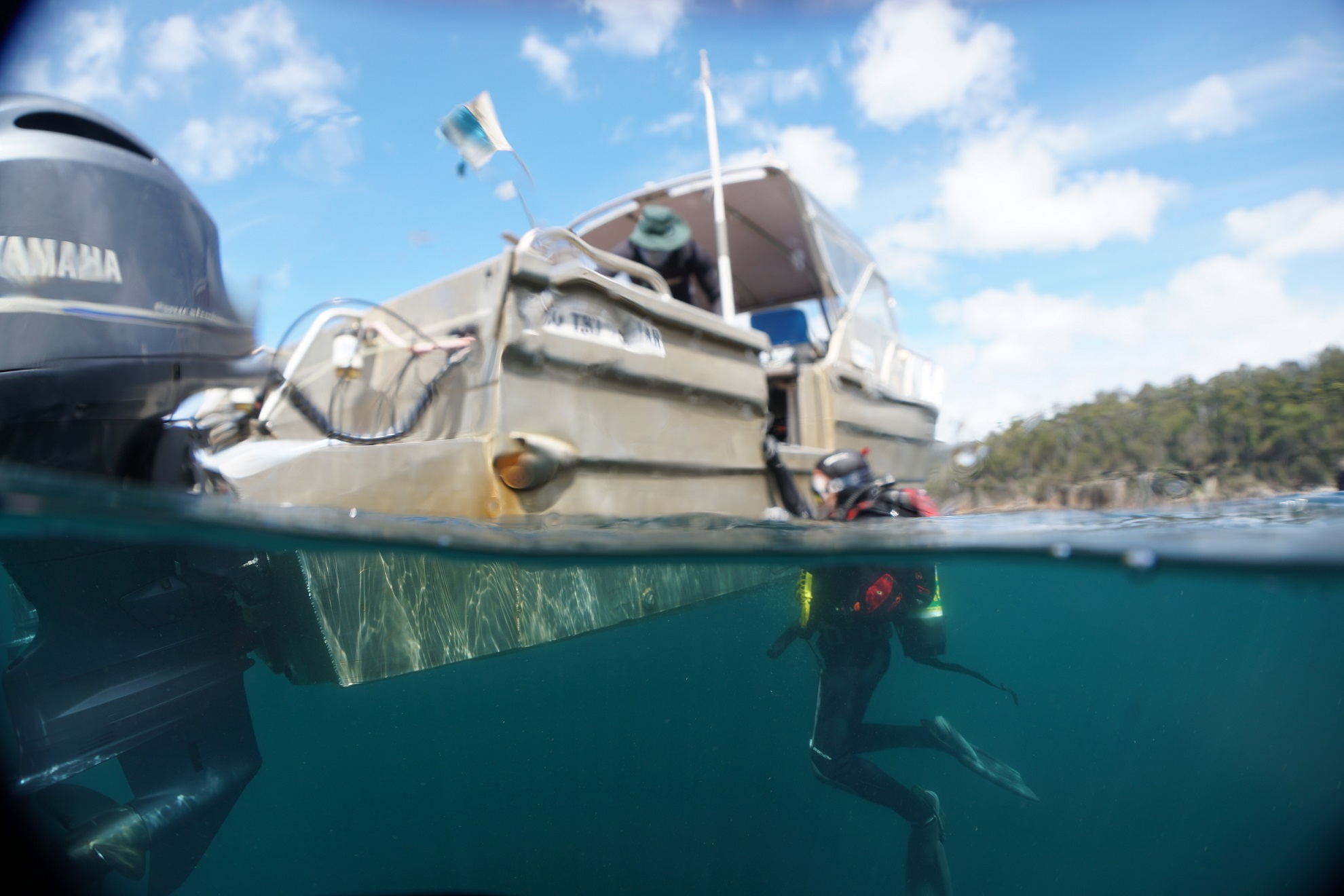 Researchers have assessed the condition of inshore rocky reef ecosystems at Port Arthur in Tasmania to understand potential nutrient enrichment from the salmon farm at the southern end of Long Bay.

The EPA commissioned the Institute for Marine and Antarctic Studies (IMAS) to conduct the study, which involved rapid visual assessment surveys across 12 sites in the Long Bay and broader Port Arthur region. These were carried out at various distances and directions from the salmon farm, and ranging from 100 metres to over three kilometres from the farm.

Samples of macroalgae were also collected from reef sites, and the biochemical composition of the seaweed tissue was analysed to help identify the likely sources of nutrients.

“We assessed the state of the reefs in Port Arthur, where the presence of the salmon farm in Long Bay is causing increased community concern,” IMAS researcher and study leader, Dr Camille White said.

“Our 2021 surveys showed the salmon farm had a localised impact on adjacent reef communities at 100 metres from active pens. These impacts were mainly in the form of nuisance red and green algae, and when we analysed the seaweed tissue, we found the biochemical signature was consistent with the uptake of farm-derived nitrogen.” 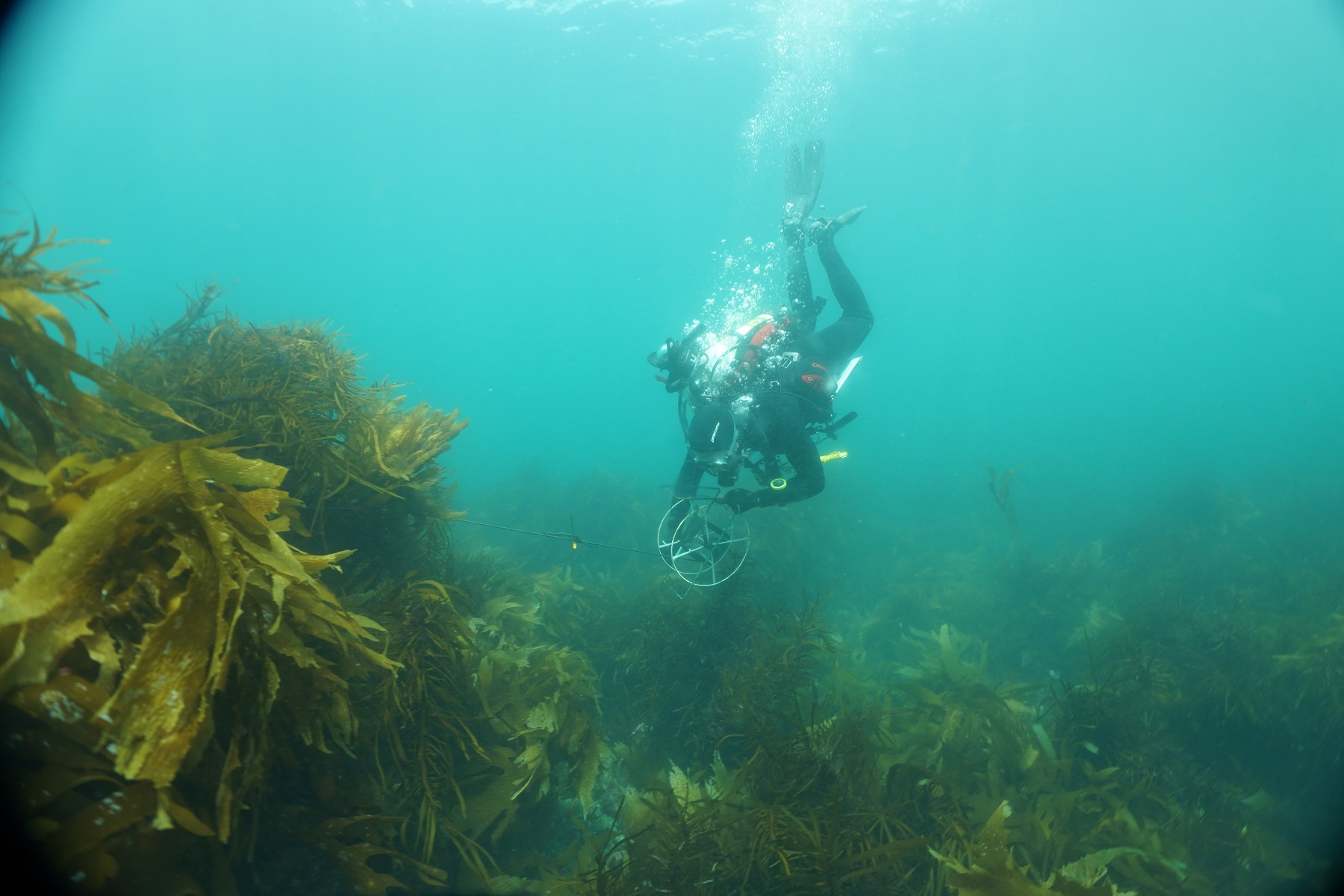 Researchers also found an abundance of nuisance algae on the reefs to the north of the farm in Long Bay, with results consistent with expected abundance at sites with high nutrient exposure and low water movement.

“However, it is difficult to attribute these effects to farming alone as low energy, more sheltered sites are inherently more susceptible to nuisance algae blooms,” Dr White said.

“Blooms are common in these environments and are driven by a range of natural and human-induced factors. These include climate change, catchment activities, freshwater flow, coastal industry such as salmon farming, and urbanisation which includes sewage treatment and runoff from septic systems.

“However, the public is concerned the blooms may be increasing in duration and intensity in Long Bay.”

Dr White said untangling these effects is a challenge in the absence of robust baseline information and that multiple lines of evidence, and repeat surveys are now critical to better understand the nature and longevity of nuisance algae in Long Bay.

“This also highlights the importance of robust baseline information for all habitats exposed to salmon farm nutrients, something that we are now seeing implemented in more recently developed farming areas such as Storm Bay” she said.

While researchers were unable to determine the effect of farming on reef conditions more broadly in Long Bay through this study alone, the data highlights the susceptibility of sheltered environments to nutrient enrichment from both natural and human-induced sources.

“The interaction between distance and direction from the salmon farming lease made it difficult to eliminate wave exposure or water exchange and nutrient enrichment in our results, but the observed patterns highlighted the susceptibility of sheltered sites to nutrients, regardless of the source,” said Associate Professor Jeff Ross, who leads aquaculture environment research at IMAS.

“We acknowledge that there are community concerns about the condition of reefs in Port Arthur, in particular Long Bay, which we have investigated and will continue to investigate.

“Repeat surveys will provide greater insight about the persistence and nature of nuisance and opportunistic algal blooms in the Port Arthur area.”

The rapid visual assessment method was recently developed by IMAS. It is a targeted assessment where a site is scored based on 15 parameters that assess reef function, including basic reef health indicators such as canopy cover and substrate condition, and parameters expected to respond in some way to changes in nutrient availability or sedimentation regime, such as nuisance or opportunistic algae cover and food-web effects.