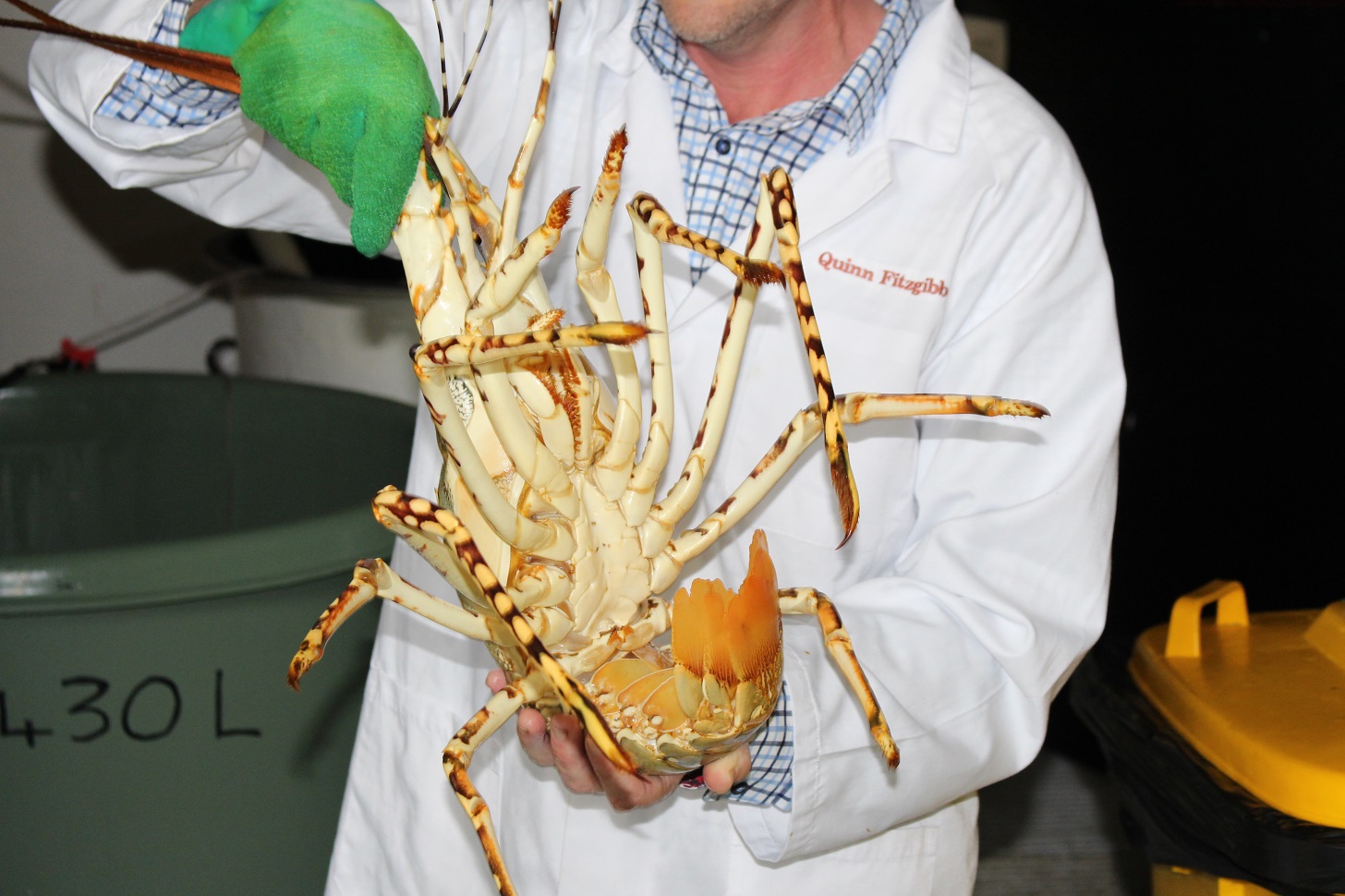 A Development Application was today lodged with Kingborough Council for construction of the world’s first commercial-scale rock lobster hatchery at the IMAS Taroona research laboratory site.

The application was made by Ornatas Pty Ltd, a Tasmanian company the University is partnering with to commercialise world-leading research that will for the first time enable tropical rock lobster production on a commercial scale. (Pictured, below, an artist's impression of the proposed hatchery) “IMAS scientists are leading the world in research to enable rock lobster aquaculture on a commercial scale,” Mr Bailey said.

“The University has partnered with Ornatas to realise the potential of this exciting science, developed during almost 20-years of research at Taroona.

“Building the world’s first tropical rock lobster hatchery will raise new research questions for our scientists, as lobsters have a complex life cycle and have never been reared on this scale before.

“The hatchery will include a laboratory to support this research, complementing our existing facilities on the site.

“If the DA is approved, construction of the hatchery will provide ongoing research and commercial benefits, demonstrating the practical contribution that cutting‑edge science such as this can make to the Tasmanian community and economy,” Mr Bailey said.

The new state of the art hatchery will be a two-storey 1805m2 building, replacing existing sheds that were part of the former DPIPWE site.

The building will include a research laboratory, lobster hatchery, plant equipment space, and offices.

Wastewater will be discharged through the IMAS pump station after sterilisation, with the highest level of biosecurity to ensure no contaminants enter the river.

The tiny lobster hatchlings produced at Taroona will be grown out to marketable size at an Ornatas site near Townsville, Queensland.

In November the Tasmanian Planning Commission approved changes to the planning scheme to allow development activities on the Nubeena Crescent site  associated with the research undertaken in the area.

At the request of local residents, a forested part of site adjacent to the beach has been gifted to Kingborough Council to be managed as part of the Taroona Foreshore Park.