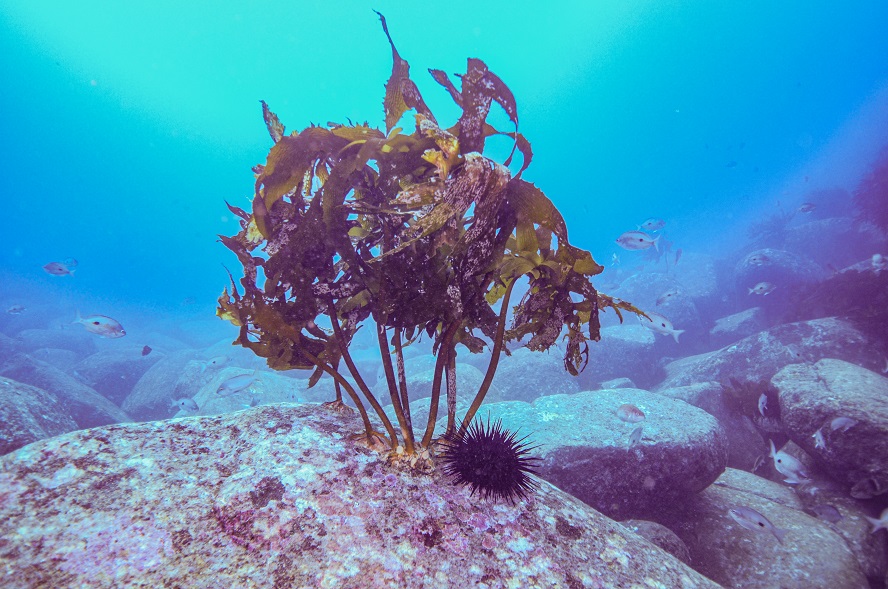 Invasive Long-spined sea urchins have boomed along Tasmania’s East Coast in recent decades, taking advantage of warming waters under climate change and a lack of predators due to fishing to overgraze kelp beds and create extensive urchin barrens devoid of other marine life.

However, the urchins themselves are vulnerable to another side-effect of climate change - ocean acidification caused by increased absorption of CO2 emissions into the oceans - which can jeopardise the ability of calcifying marine organisms like urchins to form skeletons.

Published in the journal PLOS One, the study used the data to project how Tasmania’s urchin populations and kelp ecosystems will be shaped by the multiple stressors they face as the climate continues to change on this coast. “The waters around Tasmania are warming at more than 4-times the global average, giving local scientists crucial insights into what the world’s oceans may look like in future as ecosystems are reshaped by climate change and ocean acidification,” Dr Ling said.

“Kelp increases pH levels in the surrounding water as they draw in CO2 when they photosynthesise, ameliorating the effects of ocean acidification on rocky reefs and, ironically, potentially providing a safe refuge in future for the urchins which are currently devastating them through overgrazing.

“Our study found that as acidification makes the ocean less hospitable to creatures that build their skeletons from calcium carbonate, urchins may become increasingly challenged when they venture more than 40 metres from the refuge of a kelp bed.”

Dr Ling said the capacity of urchins to adapt to ocean acidification will be a key factor in shaping the future of kelp bed ecosystems.

“If urchins adapt rapidly, the present over-grazed reef-scape is likely to persist,” he said.

“But if urchins fail to adapt at all, their abundance may collapse due to ocean acidification, enabling kelp to recover from overgrazing and re-establish their dominance on reefs.

“The progression to either of these two extremes, or a balance in-between, would result in a patchy reef-scape characterised by a mix of remnant kelp  and barren areas, with the reef ecosystem constantly reshaped by the complex interaction urchin grazers and kelp prey, under ocean acidification,” Dr Ling said.

By simulating these urchin-kelp dynamics into the future, the study suggests that monitoring patchiness of kelp bed habitats is likely to be an important way of determining the emergence of novel predator-prey cycles as ocean pH declines under climate change.

Ultimately, because healthy kelp beds appear to provide an umbrella from the ‘acid’ rain of ocean acidification, maintaining healthy kelp beds will be vital for managing the health of their calcifying inhabitants including abalone, lobsters and urchins into the future.