Baby giant kelps were planted across 7000 square metres of reef in southeast Tasmania last month, in the first attempt at ‘forest-scale’ kelp restoration in the Southern Hemisphere.

If successful, the unique restoration project will create an area resembling a natural giant kelp forest. It’s the result of over four years of dedicated research by the University of Tasmania’s Institute for Marine and Antarctic Studies (IMAS) marine ecologists, to investigate various methods and aspects of re-planting giant kelp.

“Our early efforts at IMAS built a really strong foundation for kelp restoration work. This project brings all that knowledge together and is moving our work to an exciting new phase,” he said. 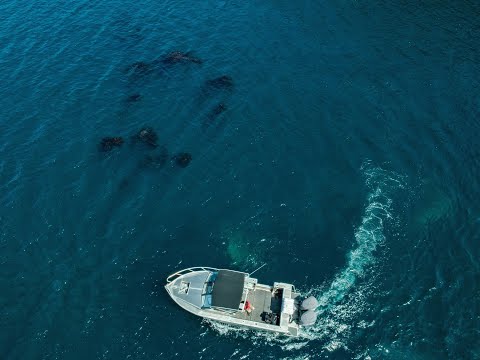 Dive in to see giant baby kelp planting in action.

Giant kelp forests have declined by over 95% in Tasmania since the 1970s, driven by climate change and a strengthening East Australian Current that is driving warm, nutrient-poor water further south. Giant kelp losses impact biodiversity, reef productivity and industries such as tourism and fisheries.

“We had kelp to the north and to the south, so thick you couldn’t drive a boat through it. Within 20 years, it had all disappeared,” he said.

“Until now, planting has focused on small patches and growing ‘just the trees’. This new collaborative project is the first time these methods have been applied at a forest scale,” said IMAS researcher, Dr Scott Bennett.

“Unlike forests on land, which can take decades or centuries to restore, giant kelp grows so fast that we can potentially regrow a forest in a year.”