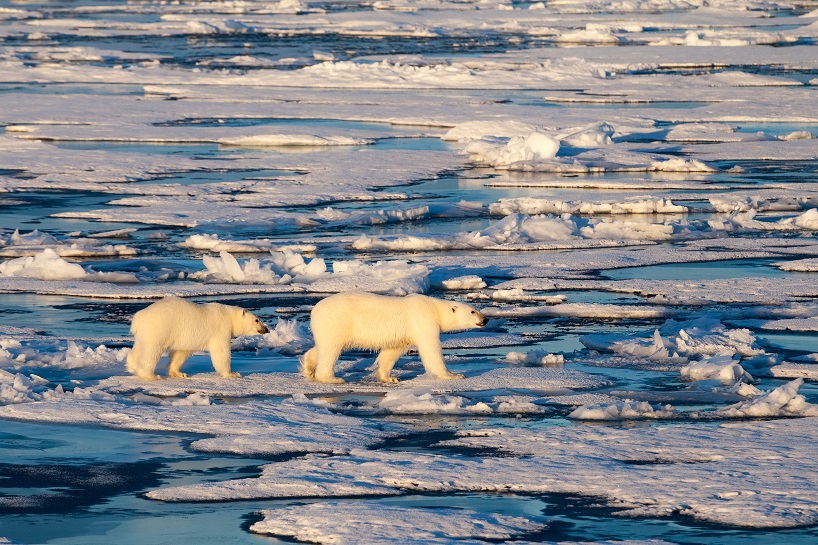 International, national and local Polar law experts will gather in Hobart next week for the 12th Polar Law Symposium.

To be held at IMAS in Salamanca, the four-day Symposium is jointly hosted by the University of Tasmania and universities in Iceland and Finland. (Polar bears image credit Mario Hoppmann)

Academics, students and legal practitioners from around the world will discuss legal issues relating to the Antarctic and Arctic, including the Antarctic Treaty system, Asian interest in polar affairs, climate law, native peoples and human rights, and Polar economies and industry.

“This is one of the key events on the calendar for Polar law and governance experts around the world,” Dr Jabour said.

“The fact that the Symposium is being held here for the second time in five years is testament to the key role Hobart plays as an Antarctic city.

“Issues such as the impact of climate change in the Arctic and increases in the number of Antarctic research bases mean that Polar law and governance are as relevant and important today as they have been at any time in history.

“We will discuss a range of challenges arising from the reduction in Arctic ice, such as the implications for marine resources and research, and the impacts on security and native peoples.

“This year’s Symposium also coincides with the 60th anniversary of the signing of Antarctic Treaty and a range of speakers will explore issues of Antarctic governance.

“We will celebrate the 60th anniversary at an event at IMAS on Sunday 1st at 5pm,” Dr Jabour said.

Dr Jabour said the Governor, Her Excellency Professor the Honourable Kate Warner, AC, would officially open the Symposium on Monday morning at 9.15am followed by a welcome from University Vice Chancellor Professor Rufus Black.

International keynote speakers on Monday will be Ambassador Marie Jacobsson, Principal Legal Adviser on International Law at the Swedish Ministry for Foreign Affairs, and Professor Timo Koivurova, Director of the Arctic Centre at the University of Lapland in Finland.