In case you missed it, here are some of the research stories and achievements we celebrated in February and March...

RUNNING HOT AND COLD: THE CHANGING DYNAMICS OF OUR OCEANS

You may have heard that marine heat waves are becoming more frequent and intense, but as climate change disrupts the dynamics of our oceans, there’s something else going on.

Marine cold spells have decreased in intensity and frequency since the 1980s, according to a new study.

IMAS PhD candidate Yuxin Wang analysed sea surface temperature data between 1982 and 2020 to understand the global trend in cold spells, and said these changes can have both positive and negative effects on ocean ecosystems.

“Marine cold spells can have critical impacts on marine ecosystems, such as coral mortality and the loss of cold refuges under warming water. But they can actually help marine ecosystem recovery after extreme marine heat wave events,” Yuxin said. Read the news article.

Human-induced climate change is causing dangerous and widespread disruption in nature and affecting the lives of billions of people around the world, despite efforts to reduce the risks. People and ecosystems least able to cope are being hardest hit, says the latest IPCC report, released in February.

We are immensely proud our four University of Tasmania scientists who were lead authors of the report, and among the 270 scientists around the world who assessed over 34,000 scientific publications for the report.

“This report is a dire warning about the consequences of inaction,” IPCC Chair, Hoesung Lee said.

“It shows that climate change is a grave and mounting threat to our wellbeing and a healthy planet. Our actions today will shape how people adapt and nature responds to increasing climate risks.” Read more 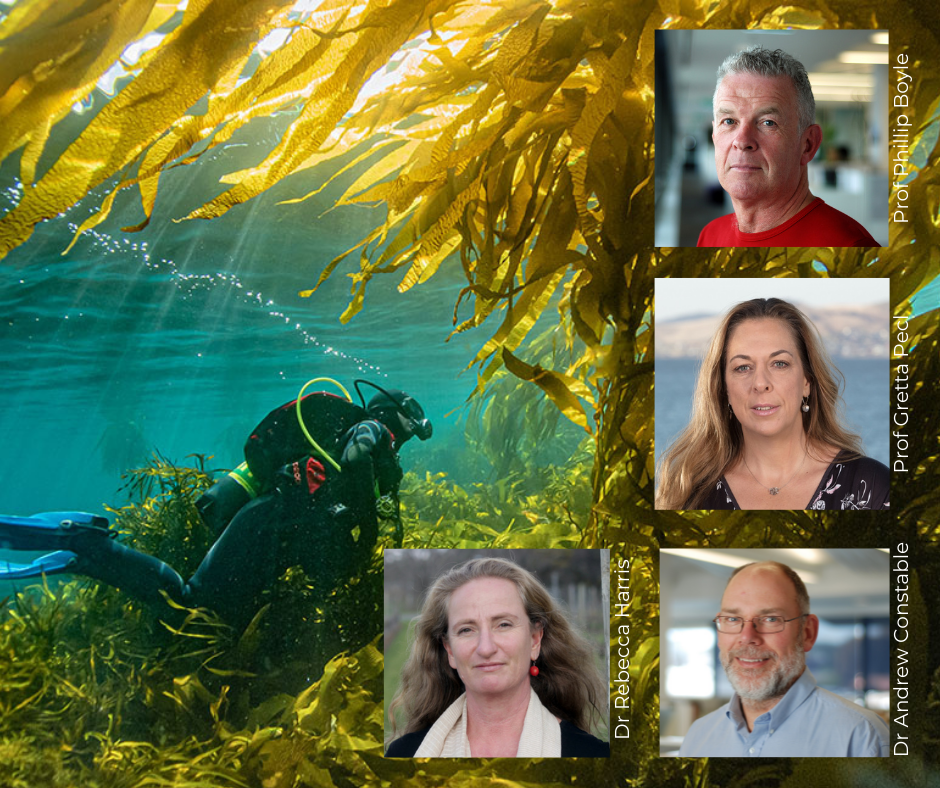 GETTING WARMER: GLACIAL PAST CLUE TO CARBON CYCLE OF THE FUTURE

How quickly and by how much must humanity reduce its emissions of carbon dioxide to maintain a safe climate? The answer depends on understanding the complex way carbon moves between the ocean, the land and the atmosphere.

Their small all-female team will take advantage of the natural climate experiment of the last glacial cycle, for insights into how climate change might alter the way the ocean absorbs and releases carbon.

It’s one of 14 new projects, amounting to grants of over $5.5 million, awarded to University of Tasmania researchers in the highly competitive ARC Discovery Projects round for 2022 – and 11 are led by women. Read more 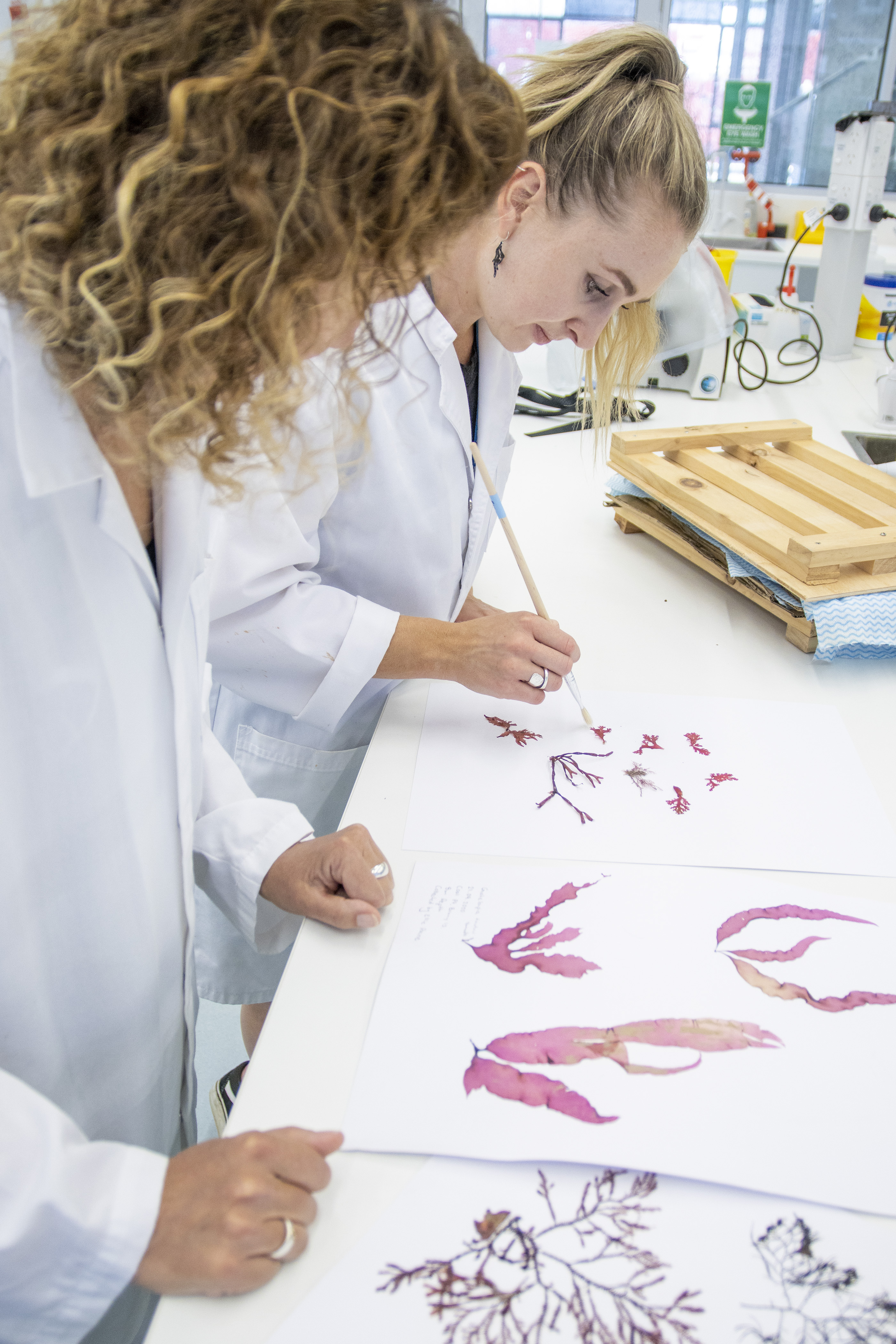 THEN AND NOW: WOMEN MAKING WAVES IN THE SCIENCE OF SEAWEED

Celebrating International Day of Women and Girls in Science 2022

Since the early 1800s, when women in England first hitched up their petticoats and donned boy’s outdoor boots to collect seaweed specimens, women have been pioneers in the study of algae, and have influenced generations of female scientists to take up seaweed research.

IMAS researcher, Professor Catriona Hurd, has been immersed in seaweed physiology and ecology, called phycology, across her extensive international career – and she is passing the legacy on to emerging phycologists like IMAS PhD candidate Ellie Paine. Read more

Image: Catriona with Ellie, who is using the centuries-old method of seaweed pressing to preserve specimens for studying

You know our marine science courses are worth diving into when our University of Tasmania Vice Chancellor joins us in the field – and jumps in for some snorkelling and fish survey action!

Prof Rufus Black recently joined our IMAS Bachelor of Marine and Antarctic Science students on Maria Island – a four-day field trip to kick off their studies in our third-year Marine Ecology unit.

Where would you rather be? Learn more about our Marine and Antarctic Science course or Marine Ecology unit 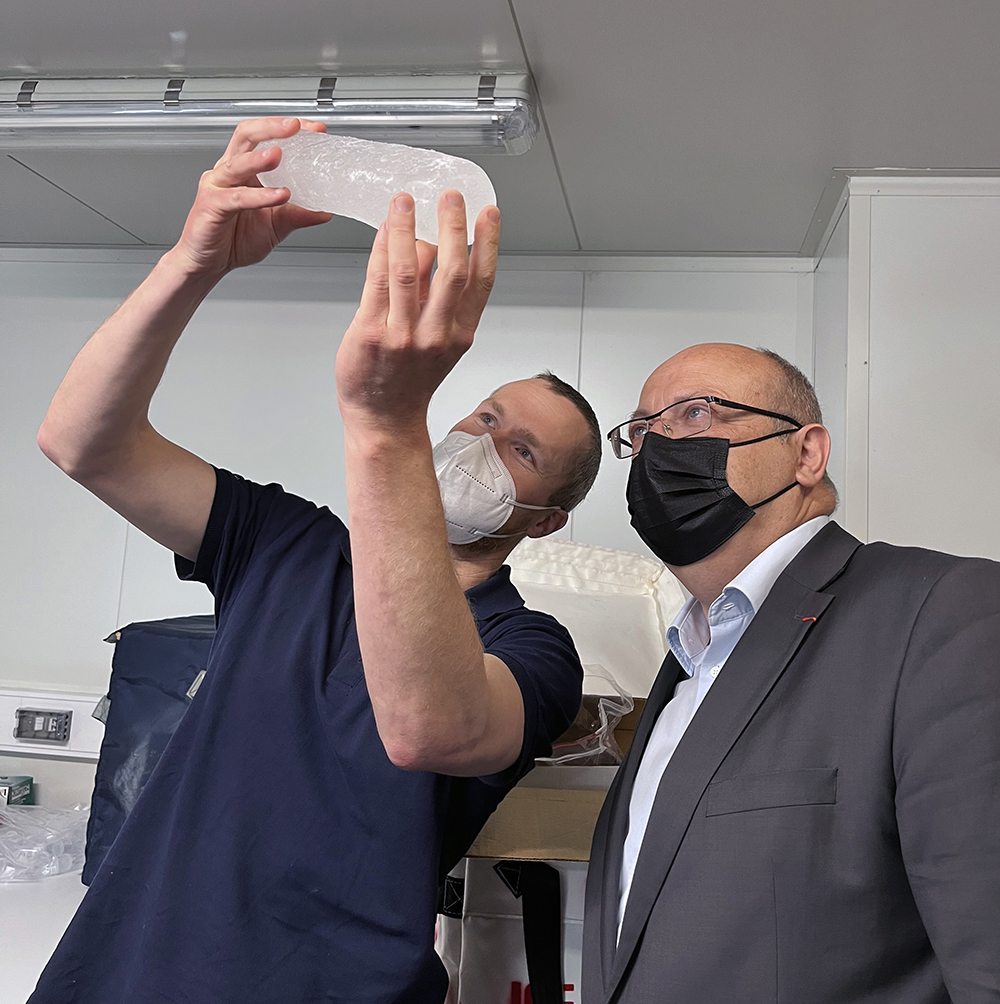 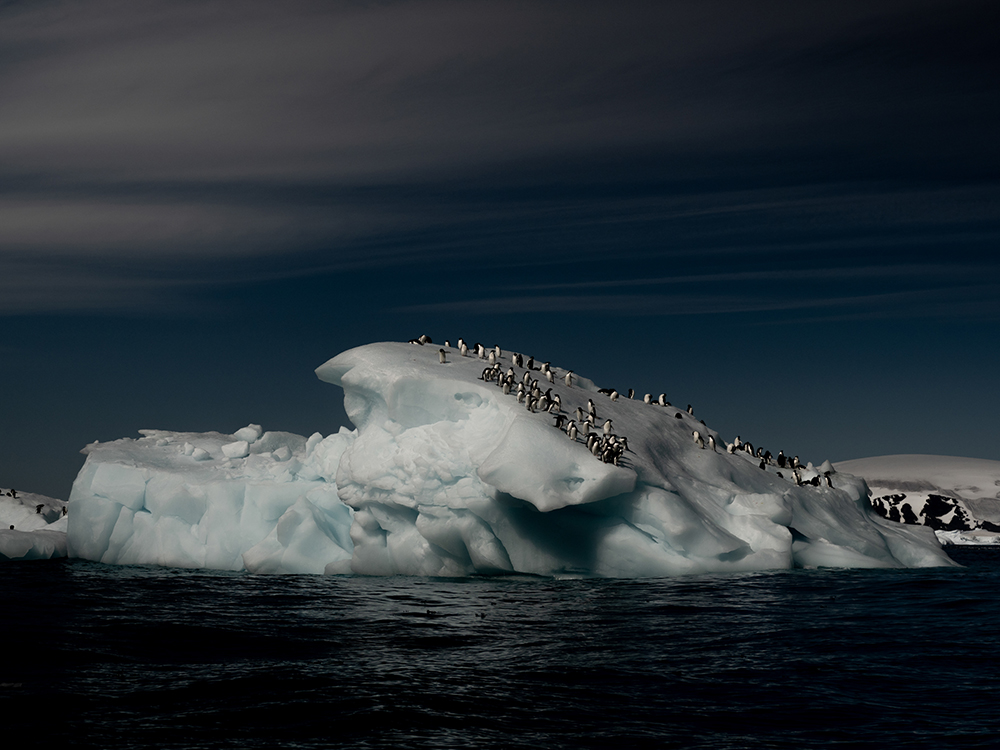 End of the World... Antarctica © Michaela Skovranova. All rights reserved.