Research reveals ocean acidification is triggering a decline in diatoms While calcifying organisms like oysters and corals have difficulty forming their shells and skeletons in more acidic seawater, diatoms have been considered less susceptible to the effects of ocean acidification. But a new study published in Nature has shown they too are under threat in our changing oceans.

The study provides an assessment of the global impact of ocean acidification and demonstrates that diatoms are under threat. Diatoms are a type of phytoplankton that are the basis of many marine food webs. They are the most important producers of plant biomass in the ocean, and also help to regulate our climate by transporting CO2 from the atmosphere into the deep ocean. “Because diatoms rely on silica rather than calcium carbonate to build their shells, they were previously thought to be rather unaffected by ocean acidification. But our study team’s analysis from a wide range of datasets, and model simulations suggests that ocean acidification could significantly reduce diatom populations,” Dr Bach said.

“The reason for this decline is that ocean acidification causes the silicon shells of diatoms to dissolve more slowly. This means silica is more efficiently exported to the deep ocean and becomes scarcer in the light-flooded surface layer, where it is needed to form new shells.”

Lead author of the study, Dr Jan Taucher from the GEOMAR Helmholtz Centre for Ocean Research Kiel, said the international study team used an overarching analysis of field experiments and observational data to find out how ocean acidification affects diatoms on a global scale.

“Our current understanding of the ecological effects of ocean change is largely based on small-scale experiments, that is, from a particular place at a particular time. These findings can be deceptive if the complexity of the Earth system is not considered,” Dr Taucher said.

“Our study uses diatoms to show how small-scale effects can lead to ocean-wide changes with unforeseen and far-reaching consequences for marine ecosystems and matter cycles. “Since diatoms are one of the most important plankton groups in the ocean, their decline could lead to a significant shift in the marine food web or even a change for the ocean as a carbon sink."

Researchers examined data from five mesocosm studies from 2010 to 2014, across ocean regions from Arctic to subtropical waters.

“Mesocosms are essentially an oversized test tube in the ocean with a huge water capacity, in which changes in environmental conditions can be studied in a closed but otherwise natural ecosystem,” Dr Bach said.

“For our study, the water enclosed in the mesocosms was enriched in CO2 to correspond to future scenarios of moderate to high increases in atmospheric CO2 levels. We then evaluated the chemical composition of organic material from sediment traps, as it sank over several weeks.

“When combined with measurements from the water column, an accurate picture of biogeochemical processes within the ecosystem emerged – and our findings were confirmed using global observational data from the open ocean.”

Dr Bach said the results showed a lower dissolution of the silicon shells at higher seawater acidity, and the data sets were then used to perform simulations in an Earth system model to assess the ocean-wide consequences of the observed trends.

“Our study shows that even organisms we thought would be rather resilient can be strongly affected by climate change,” he said.

“Diatoms are responsible for about 20% of primary production on Earth, so any change in their prevalence will likely have knock-on effects on ocean ecosystems. However, the good news is that we can limit this and the many other climate change risks by rapidly phasing out fossil fuel consumption.” 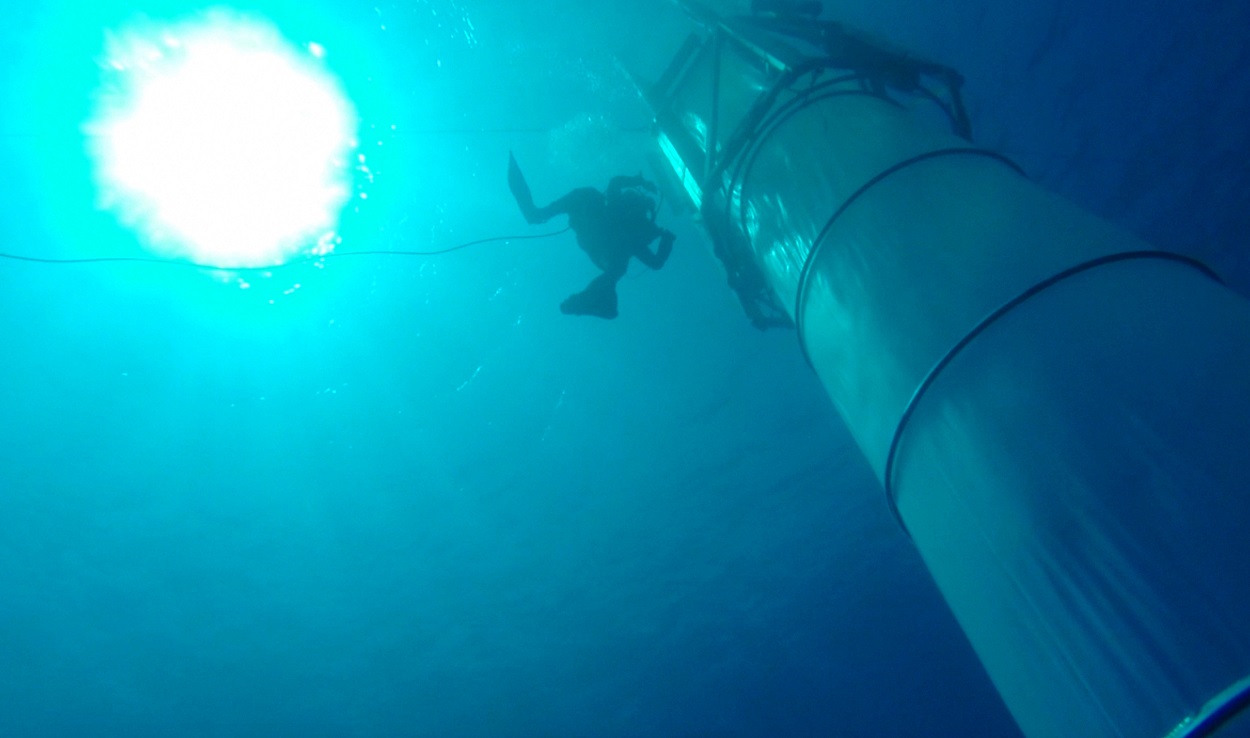