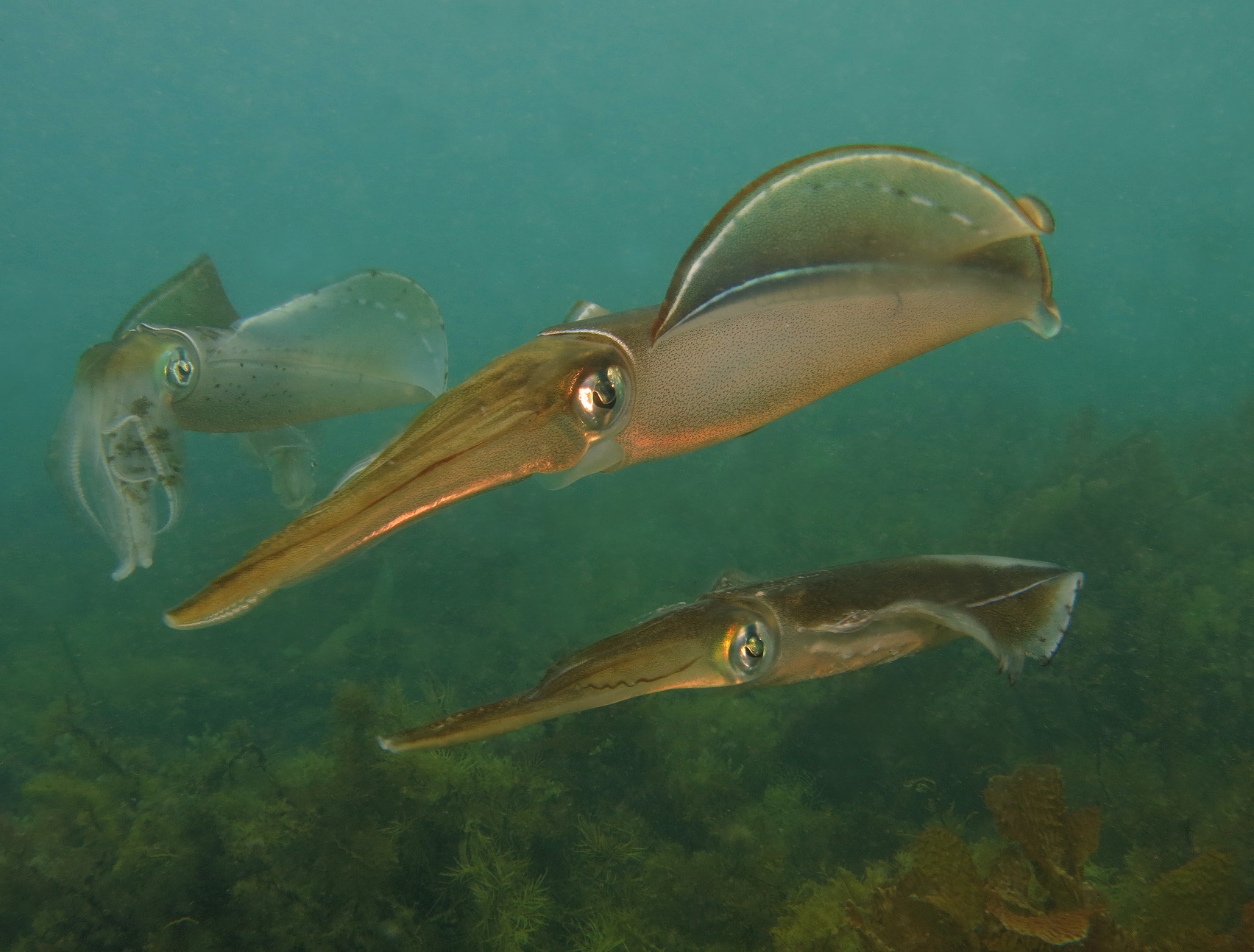 IMAS researchers have been investigating the distribution and intensity of Southern Calamari spawning activity along the north coast of Tasmania since 2016, to provide a scientific basis to improve the management of this fishery and inform spawning season closures.

The Southern Calamari fishery in the region has experienced a rapid increase in effort since 2010, and volatility in catches since 2015, which has raised concerns for fishers and managers alike.

IMAS Associate Professor Sean Tracey, who led the project, said the focus of the study was to confirm the peak Southern Calamari spawning season and identify potential spawning ‘hotspots’ along the coast.

“Consistent with the advice of fishers, the eastern and western extremities of Bass Strait were found to be hotspots for spawning aggregations,” Assoc Prof Tracey said. “Calamari aggregate on inshore seagrass beds during spawning time to lay their eggs, so this is where high commercial and recreational catch rates occur.

“Since calamari only live for a year and die naturally soon after spawning, pinpointing the optimum and sustainable fishery opening times is a challenge.

“The aim of fishery closures is to enable mature calamari to lay their eggs, but re-open the fishery before they die after spawning,” he said.

Egg masses were deposited on inshore Amphibolis antarctica seagrass spawning habitats from mid-August to December, with a general peak around October. Eggs hatched after around 60 days, and this was consistent across the Tasmanian north coast, and across the seasons sampled.

Meanwhile, trends in egg mass densities showed clear variations in spawning patterns across time and location, both within and between seasons. Commercial catch and effort on the north coast were aligned with this spawning distribution and intensity.

“While the general spawning peak appears to vary by about a month between years, in one survey year there was a peak spawning failure, with very little spawning activity identified. This was also confirmed by low catches from fishers targeting the spawning aggregations where calamari would usually have been abundant,” Assoc Prof Tracey said.

Funded by the Fisheries Research and Development Corporation, the study has provided an evidence base for applying spawning season closures, to improve management responses to the challenges facing the fishery.