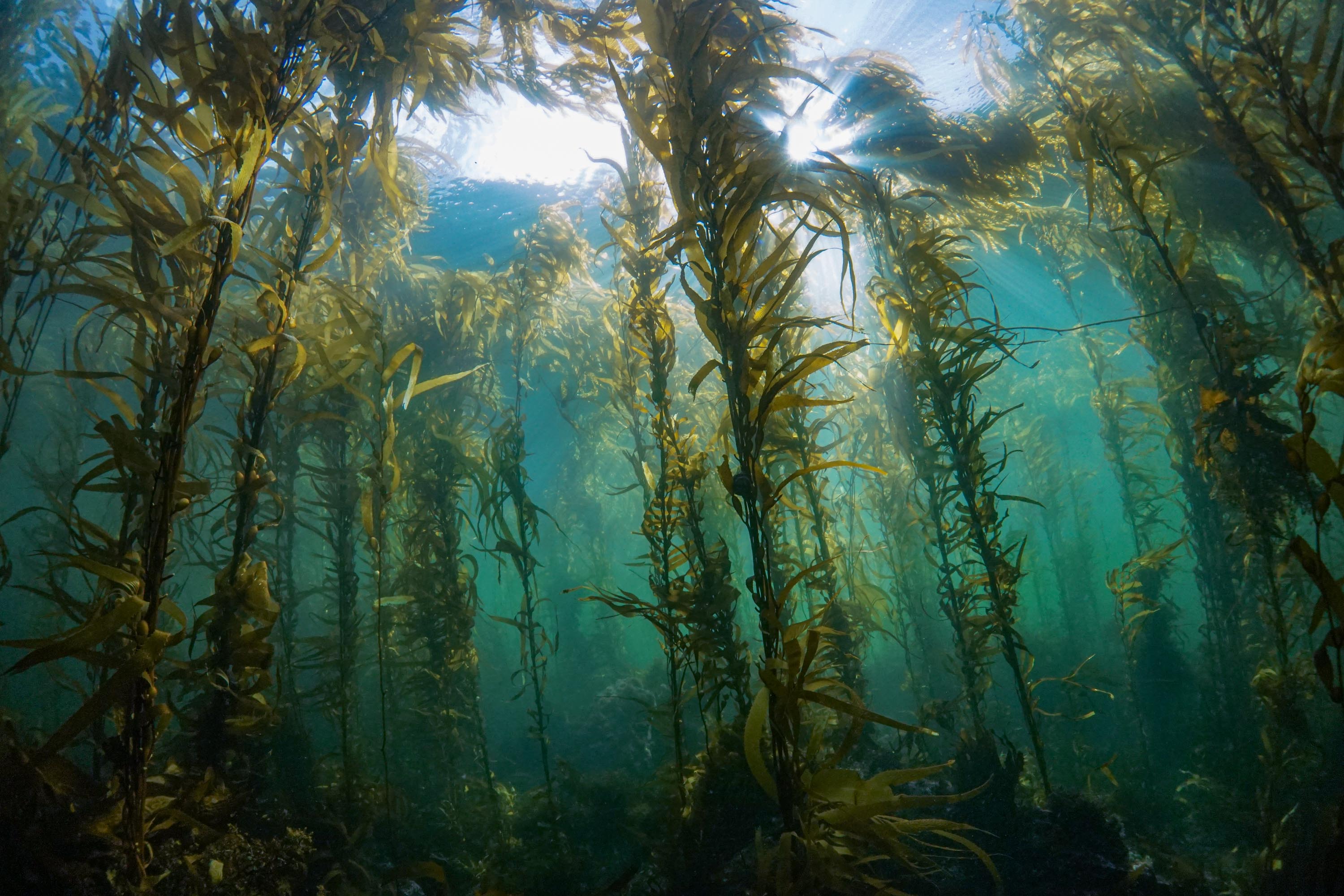 A new IMAS study has used satellite images taken over three decades to track and explain the collapse of Tasmania’s once extensive giant kelp forests.

Led by IMAS Honours student Claire Butler and published in the journal Marine Ecology Progress Series, the study found that statewide coverage of giant kelp that formed dense floating canopies on the water surface was more than 400 hectares in the late 1990s but collapsed to less than 10 ha by 2015.

“Long-term decline in the surface cover of Tasmania’s giant kelp forests began in the 1970s but our study was able to track in detail how that process escalated to a catastrophic collapse from the late 1990s,” Ms Butler said.

(Image, below: 1999 satellite image of giant kelp, in bright red, in the Southport area) “By matching the satellite imagery with data on ocean environmental conditions our models showed that this collapse was associated with increasing sea surface temperatures.

“Reduced nitrogen in particular impairs giant kelp growth, reproduction, early development and recruitment, although recent studies have found that young giant kelp are vulnerable to the effects of temperature even when nutrients are abundant,” Ms Butler said.

“Globally, giant kelp still occupies much of its long-term distribution and what has happened in Tasmania is an exception caused by specific local conditions,” Professor Johnson said.

“Tasmania represented the stronghold of giant kelp in Australian waters but it is also a geographic trap, because there is no suitable habitat to the south for giant kelp to colonise as the East Coast waters warmed.

“The East Coast of Tasmania is a hotspot for oceanographic change in response to climate change, with waters warming three to four times the global average due largely to the relatively recent increased influence of the EAC.

“The loss of at least 95% of the dense canopy-forming giant kelp forests along Tasmania’s coastline has devastated the dense, sheltered habitat they created for a wide range of fish and invertebrates, including commercially valuable species such as abalone and lobster.

In 2012, following earlier IMAS research into the loss of giant kelp, the species was listed as an endangered marine community type through the Environment Protection and Biodiversity Conservation Act.