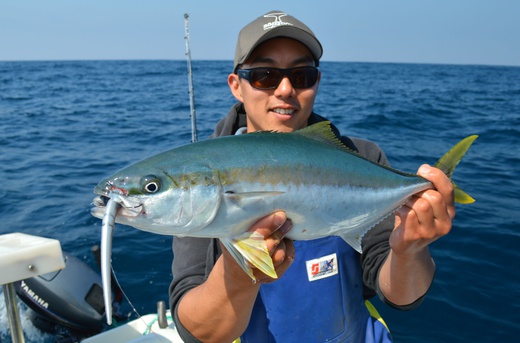 IMAS researchers are predicting that the range extension of Yellowtail Kingfish, King George Whiting and Snapper into Tasmanian waters is likely to continue in future years, with their findings helping inform management of these emerging species in our state.

A new IMAS project has assessed these range extending species, including their age, population structure, length and growth, reproductivity and mortality. It also considered diet, past and future distribution, possible ecological effects, and potential implications for management.

“The southern extension of the East Australian Current is causing waters off Tasmania’s north and east coasts to warm faster than the global average,” lead author and IMAS Junior Research Fellow Dr Alexia Graba-Landry said. “This is creating a hotspot for marine species extending their range south-ward, with Tasmania having the most recordings of range shifting species in Australia.”

As a result, fishers have been regularly reporting the increased abundance of Yellowtail Kingfish, King George Whiting and Snapper in Tasmanian waters in recent decades, particularly the north and east coasts. Fishers are now adapting to these changes, which is creating new recreational and commercial fishery opportunities.

“Under future climate change predictions, our modelling predicts that there will be an increase in suitable habitat for King George Whiting and Snapper across Tasmania, particularly during winter,” Dr Graba-Landry said.

“These forecasts also indicate that the seasonal migration of Yellowtail Kingfish is likely to extend further south along Tasmania’s north and east coasts, and last for a greater proportion of the year.

“Despite this, forecasts indicate a low chance of ecosystem collapse due to the increased presence and abundance of these fish in Tasmanian waters.”

It is important to ensure these species are managed in Tasmania over the coming years, as all three are important to the recreational and commercial fishing sectors off the southern Australian coast.

“As we’ve predicted an increase in habitat suitability for these species, with no evidence of ecosystem collapse, we’re presented with a unique opportunity to proactively manage these emerging fisheries,” Dr Graba-Landry said.

“Considering these populations are still changing, researchers still need to monitor population trends and potential increases in range extension so that management can adapt to these changes.”

The establishment of King George Whiting in Tasmania is more progressed than Snapper and Yellowtail Kingfish. 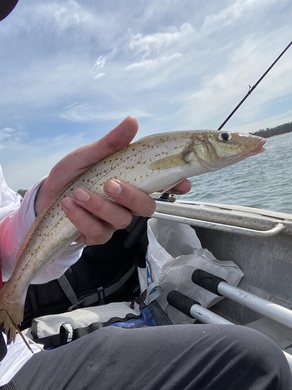 Current research suggests that there are two established populations of King George Whiting on Tasmania’s north west and east coasts, which are genetically distinct from mainland stocks.

“Projections indicate King George Whiting habitat suitability across Tasmania is predicted to increase the most during winter due to rising water temperatures,” Dr Graba-Landry said.

“The forecasted winter temperature increases also coincide with their autumn spawning season. This could create new spawning areas and populations on the east coast, which may increase the potential for first year recruits and juveniles to successfully survive the winter.” 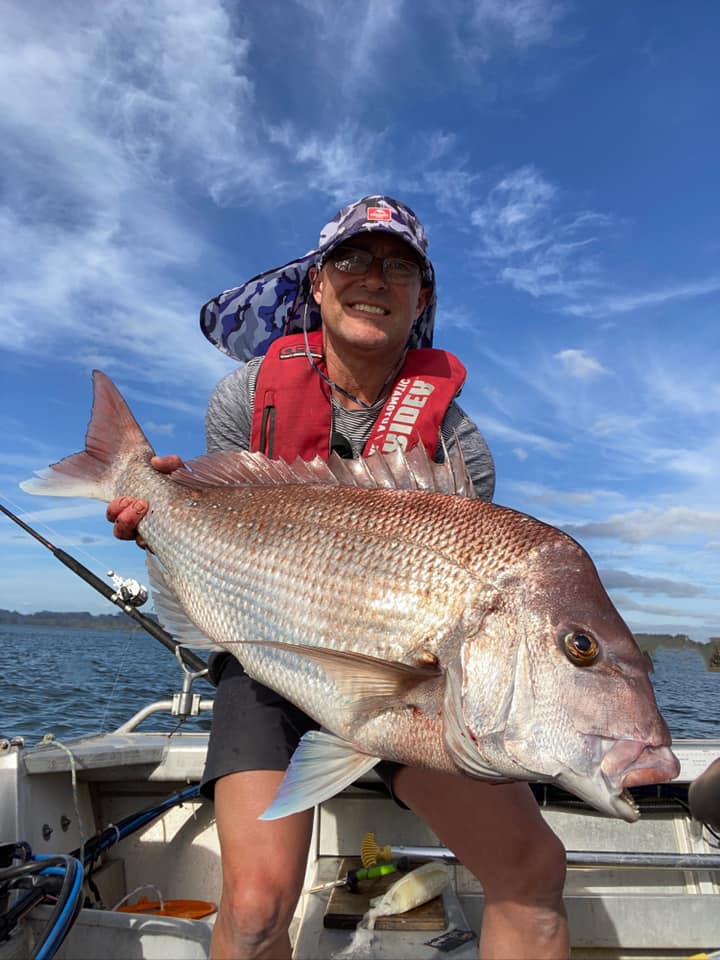 Our reproductive analysis, coupled with average summer water temperatures exceeding ~17 °C, suggest Snapper may already be spawning in northern Tasmania. However, it’s unclear whether current environmental conditions are suitable for the survival of eggs and larvae, and therefore whether the population is self-sustaining.

“Predictions show the greatest increase in habitat suitability around Tasmania is during winter, with a smaller increase in suitability predicted for spring and summer,” Dr Graba-Landry said. “This is caused by predicted increases in seawater temperature.

“These forecasts may enable successful summer spawning and the survival of juvenile Snapper through winter, which could increase the potential for the establishment of self-sustaining populations in Tasmania.”

Of the three species, Yellowtail Kingfish was the least progressed in terms of their range-shift. Small-sized fish caught during the warmer months are likely using the East Australian Current to migrate south during summer before retreating to the mainland in the cooler seasons. This means it’s highly unlikely that Kingfish spawn in Tasmanian waters.

“Projections suggest an increase in the duration and extent of the seasonal migration for Yellowtail Kingfish off Tasmania’s north and east coasts,” Dr Graba-Landry said. “This is because areas of suitable habitat are extending further south for longer.

“This means that while Kingfish will be in Tasmania for a greater proportion of the year, it’s unlikely that waters will be warm enough for them to be here year-round as a self-sustaining population – even under extreme warming scenarios.”

In Tasmania, the minimum legal size for these species is below size-at-maturity estimates. However, ongoing monitoring is needed to determine the effectiveness of these fishery management controls.

“Therefore, we suggest ongoing monitoring and assessment, and that management should be adaptive and flexible to these changes.”

This project was supported by funding from the Fisheries Research and Development on behalf of the Australian Government. The Department of Natural Resources and Environment Tasmania also provided funding to this project.