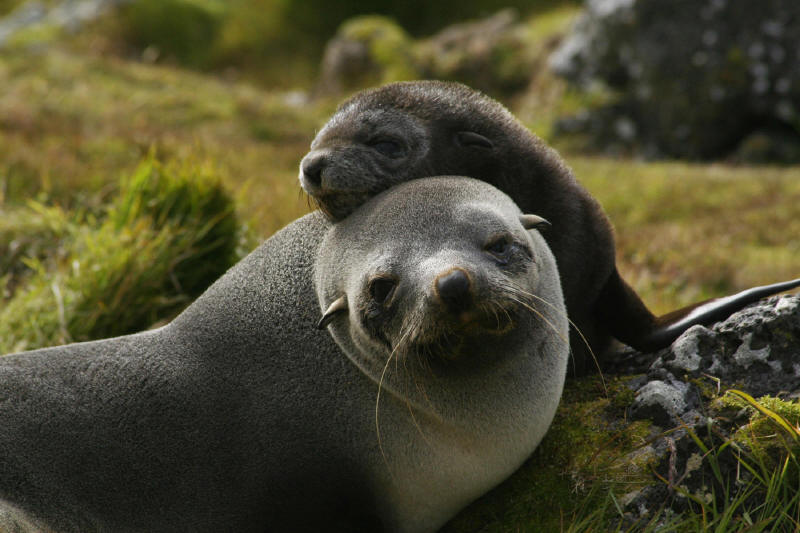 A new study into the winter foraging behaviour of Antarctic fur seals has contributed to global understanding of how Southern Ocean food webs respond to climate change, and could inform ecosystem management of Antarctic marine resources.

“Marine predators such as seals must respond to the availability of their prey, and so they have a strong influence on the structure of the food web and its response to change,” Dr Walters said.

Antarctic fur seals are an abundant Southern Ocean predator with circumpolar distribution and breeding sites ranging from sub-Antarctic islands to the northern tip of the Antarctic Peninsula. They are major consumers of Antarctic krill, particularly at South Georgia in the Atlantic sector. They also prey on fish and squid at South Georgia and further north.

“Knowing who eats who, where and when, called trophodynamics, is fundamental to understanding the structure and function of Southern Ocean food webs at particular spatio-temporal scales.” 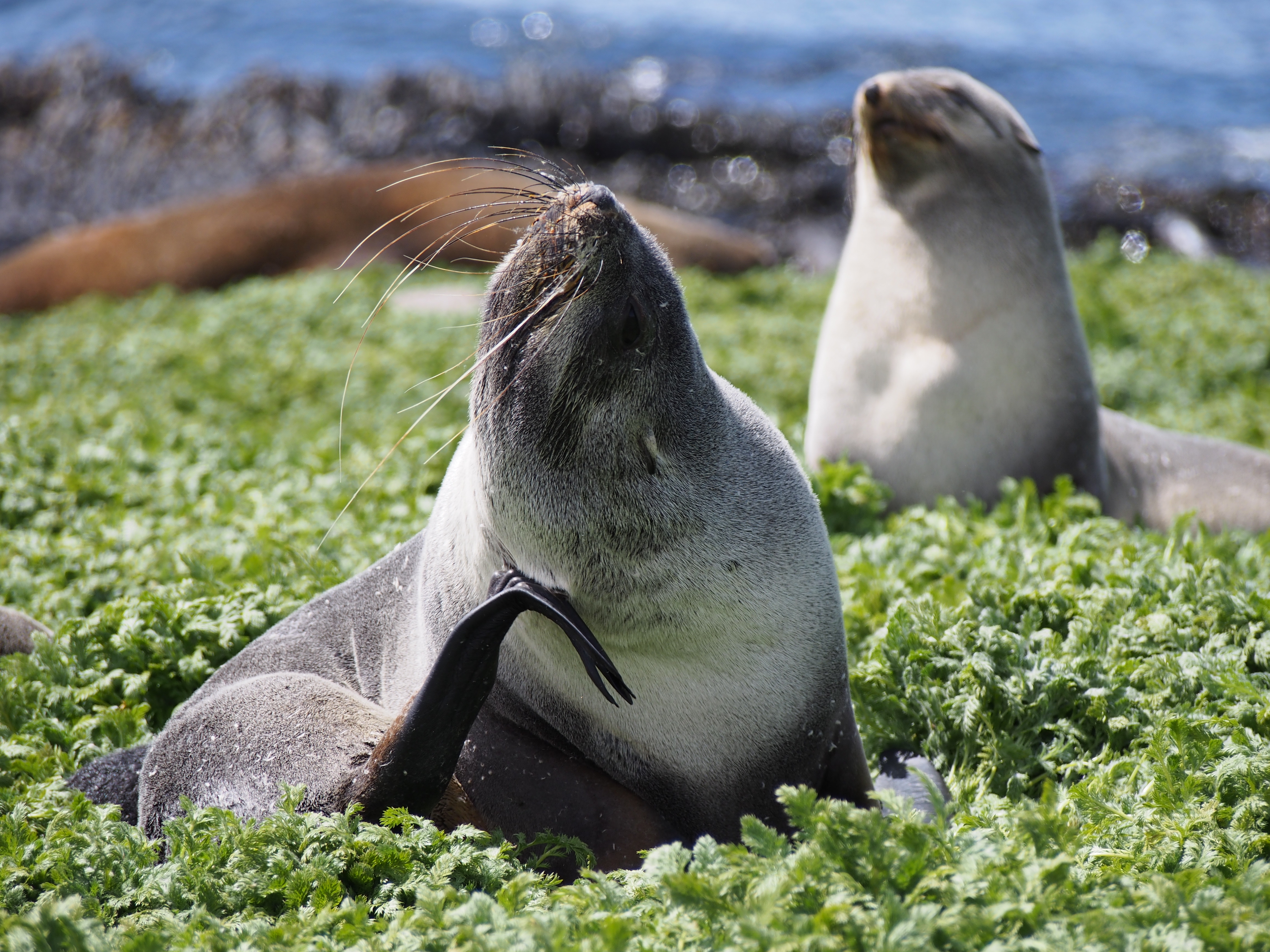 Published in Ecological Indicators, the study is the first of its kind, particularly on such a large scale. Researchers integrated tracking location data with the stable isotope values in samples of blood and vibrissae (whiskers) taken from the fur seals.

“Individual ‘isotopic’ markers laid down in the whiskers as they grow provide a chemical record of the different types of prey, such as krill versus fish/squid,” Dr Walters said.

“We collected the whiskers and blood samples during post- and pre-breeding periods from both Antarctic and sub-Antarctic breeding environments.”

“These re-growth samples give us a time series of dietary information over the whole time they have been at sea, including over winter,” Dr Walters said. 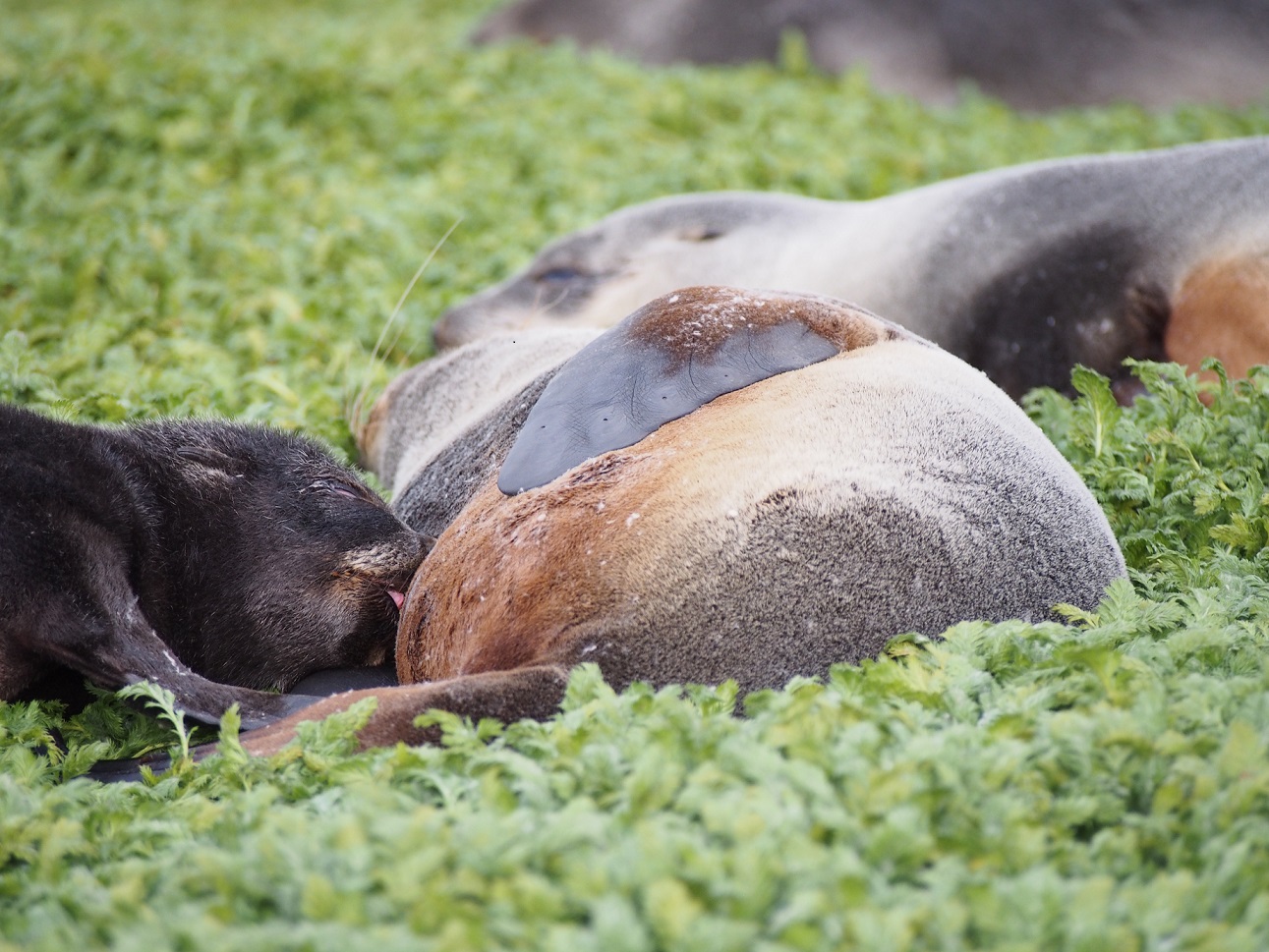 “Most studies of these seals occur during the summer breeding season, when changes in foraging behaviour, diet and reproductive success have been linked to climatic variability. But their year-round diet is not well known.”

Through coordinated international field programs in South Africa, South Georgia UK and South Shetland Islands USA, researchers explored the seals’ winter diet during an important yet poorly sampled part of the year, from April to December.

“This information will build a better picture of the food web that links predator to prey, to directly inform spatial conservation planning and ecosystem system management strategies, particularly in light of ocean changes,” Dr Walters said.

IMAS Associate Professor, Mary-Anne Lea said the research showed that spatially explicit isotope signatures (isoscapes) may be a useful conservation tool for assessing large-scale movement patterns, even in the absence of tracking data.

“These stable isotope-based techniques can be applied to any migratory species where long-term tissue archives are available, to enable year-round monitoring of habitat use,” Assoc Prof Lea said.

“This is particularly valuable for effective conservation planning design and ecosystem management strategies, and especially for identifying regions that may currently fall outside areas of active management.”

The integrated animal tracking and isotope approach could provide important insights into the structure and function of Southern Ocean ecosystems.

“This could inform large-scale efforts to identify areas of ecological significance for seabirds and marine mammals, which may overlap with fisheries, for future monitoring and management programs,” Assoc Prof Lea said.