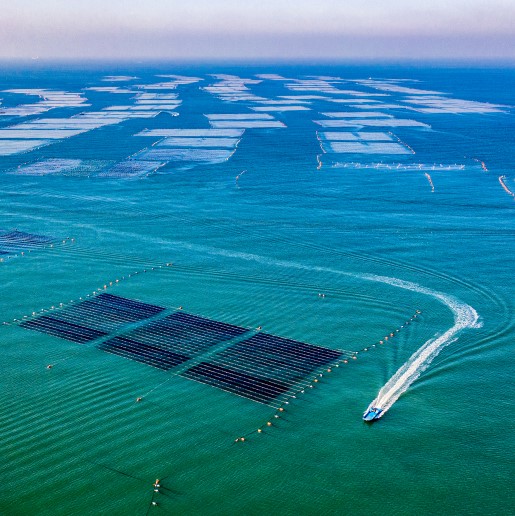 Vast naturally-occurring floating seaweed rafts in the sub-tropical North Atlantic were the focus of new research investigating the climate-intervention potential of seaweed farming.

Basin-scale seaweed farming in the open ocean, called ocean afforestation, is seen as a marine-based solution for removing carbon dioxide (CO2) from the atmosphere which, along with rapid emissions reduction, could contribute to keeping global warming below the 2°C target.

However, an Institute for Marine and Antarctic Studies (IMAS) led study published in Nature Communications has revealed that, while ocean afforestation could be a carbon sink, it may not be the simple remedy for atmospheric CO2 removal that many have proposed. 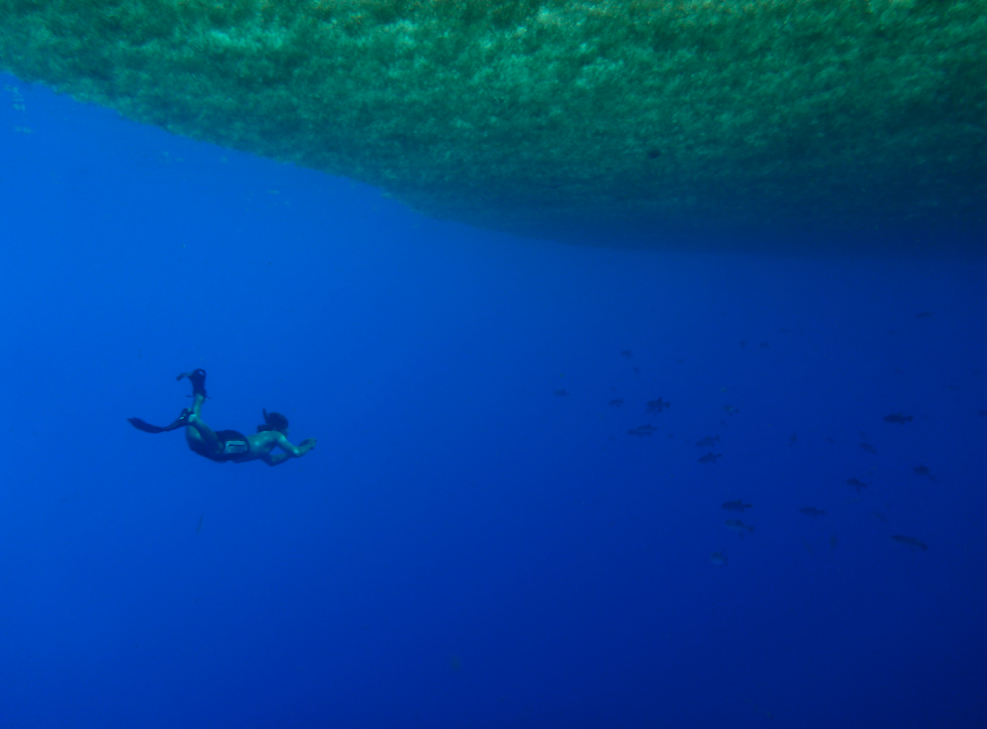 “There are so many biological ‘moving parts’ that need to be understood before cultivated ocean forests can be viewed as a potential climate intervention solution – and this is the first time scientists have studied them on such a large scale under real-world conditions,” Dr Bach said.

“Sargassum is a type of algae that doesn’t attach to the seafloor, but instead floats in large rafts across the Atlantic. The sheer scale of these Transatlantic belts makes them the natural equivalent of proposed basin-scale seaweed farms, and helps us to understand the impact seaweeds have on many ocean and atmospheric processes.”

Co-author, IMAS scientist Professor Philip Boyd, said the study was unique in that it covered many facets of ocean and atmospheric processes, from seaweed physiology, seaweed ecophysiology and climate intervention, to physical oceanographic modelling, carbon biogeochemistry and satellite oceanography. 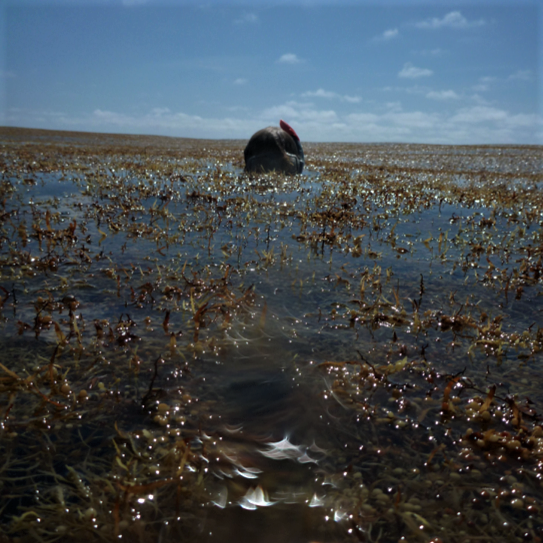 “Ocean and atmospheric processes at very large scales are complex and together influence more than just the ocean carbon cycle. It is these multifaceted Earth-system feedbacks that determine how effective ocean afforestation would be,” Prof Boyd said.

“For example, we found that two major feedbacks could reduce Sargassum’s ability to remove CO2 from seawater by 20% and up to 100%, perhaps even cancelling it out. This wide range highlights the many uncertainties that must be investigated to determine whether basin-scale seaweed farming would be an asset or a liability.”

Dr Bach said that CO2-fixation by Sargassum is only the first step in atmospheric CO2 removal, with fixation resulting in CO2-deficient seawater.

“This deficiency requires atmospheric CO2 to enter surface waters to reset the balance. The influx is slow, taking two to 18 times longer than the actual period the CO2-deficient seawater is at the surface, and this potentially further limits CO2 removal and its verification,” he said.

“We also estimated that floating Sargassum could substantially increase the reflection of solar radiation into space which, along with other unknowns such as seaweed effects on cloud formation, adds another layer of complexity beyond CO2 removal.

“With its many complex, poorly understood side-effects, cultivated ocean afforestation must be carefully investigated before being adopted as a marine-based solution for removing carbon dioxide from the atmosphere.”