The oceans store 93% of the energy increase in the earth system caused by climate change.

The Southern Ocean is home to the Antarctic Circumpolar Current which is the biggest ocean current in the world. The Southern Ocean is one of the fastest evolving oceans in response to climate change.  We have established programs that describe the Southern Ocean changes in sea ice, ocean temperature and salinity, and its large scale circulation. We have the capability to deploy instrumentation, moorings, autonomous floats, gliders, and undertake ship-based measurements. We do this observational work with our collaborators. Ocean modelling is an essential part of understanding the processes that control large-scale circulation and sea ice, and how these changes would evolve. We want to know if the changing oceans and sea-ice are influenced by humans.

Image caption: Pictures of autonomous instruments and finescale simulations of the type from Max Nikurashin or Andreas Klocker. 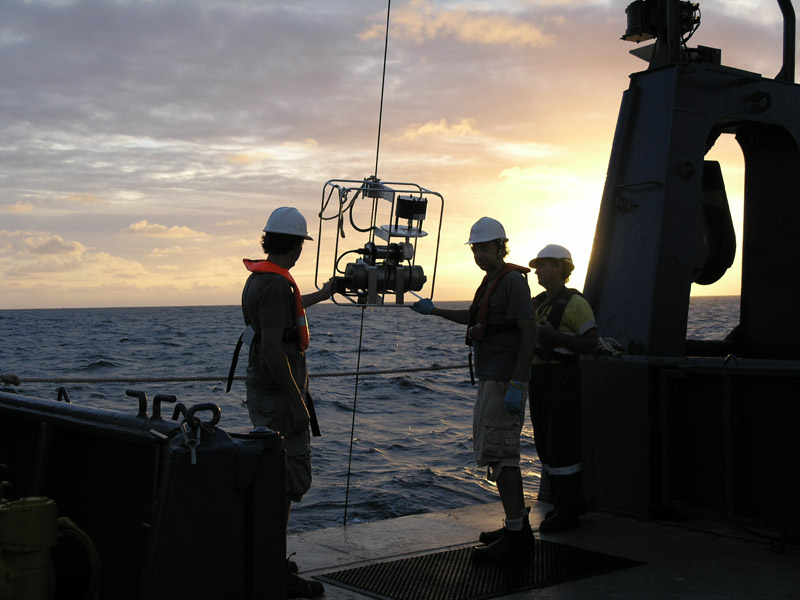 Dr Andreas Klocker is an ARC DECRA Fellow at the Institute for Marine and Antarctic Studies (IMAS). His work focuses on understanding ocean turbulence and its e…

Dr Helen Phillips is a Senior Research Fellow in Physical Oceanography at the Institute for Marine and Antarctic Studies, University of Tasmania.…

Current research projects include: Characterising the physical and biogeochemical structure of eastw…

Dr Eric Oliver is a postdoctoral fellow with the Australian Research Council Centre of Excellence for Climate System Science. He is interested in ocean and clim…

Current research projects include: The study of marine heatwaves, including global patterns and long…