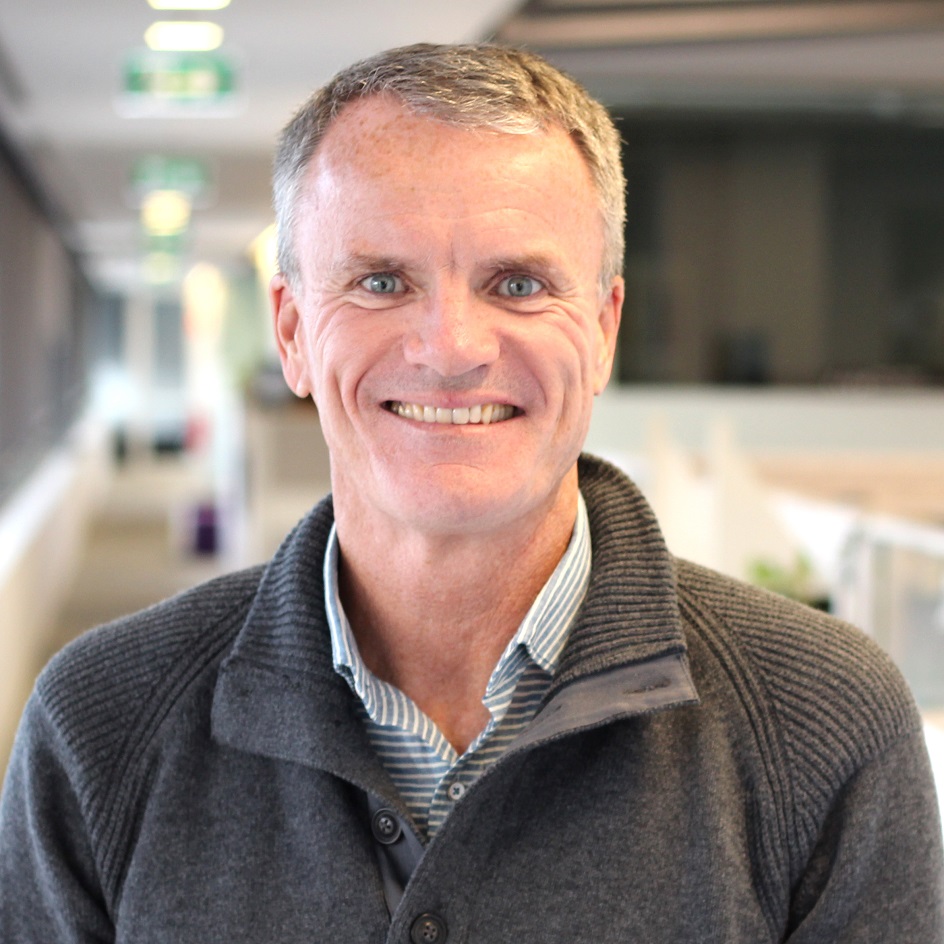 Terry Bailey is Executive Director of IMAS.  He is an experienced senior executive and director with over 30 years of management and leadership experience in the public sector, including as Chief Executive of the NSW Office of Environment and Heritage and as Assistant Secretary responsible for heritage in the Commonwealth Government.

Terry has strong research, analytical and communication skills, developed through a career as law reformer, policy advisor and community educator, both at a State and Federal level. Significant public policy reforms that Terry has led, include coastal legislation, biodiversity conservation legislation and climate change policy for NSW. He also led the administration and reform of the Aboriginal and Torres Strait Islander Heritage Protection Act 1994 (Cth) and oversaw reforms to the Aboriginal Cultural Heritage provisions of the National Parks and Wildlife Act 1974 (NSW).

Terry is a visiting Associate Professor at the Fenner School of Environment and Society, at the Australian National University, where he teaches and assesses in the areas of biodiversity, environment, heritage and public policy. He holds a Bachelor of Applied Science (Deakin), Master of Business Administration (Deakin) and Master of Public Policy and Management (Monash). His research focuses on nutritional physiology with the aims of understanding how aquatic animals use and waste nutrients including amino acids, fatty acids, and minerals. This encompasses understanding climate change effects, growth under sub-optimum conditions and developing new ingredients and aquafeeds. He is very interested in global aquaculture systems including polyculture, integrated multi-trophic aquaculture (IMTA) and recirculation aquaculture systems (RAS). Zanna is the Associate Head Research for IMAS, and Chair of the IMAS Research Committee.

Before joining the University of Tasmania, Professor Chase was a faculty member at Oregon State University (USA), and a postdoctoral fellow at the Monterey Bay Aquarium Research Institute (USA). She received her PhD from Columbia University (USA) and Masters and undergraduate degrees from McGill University (Canada). 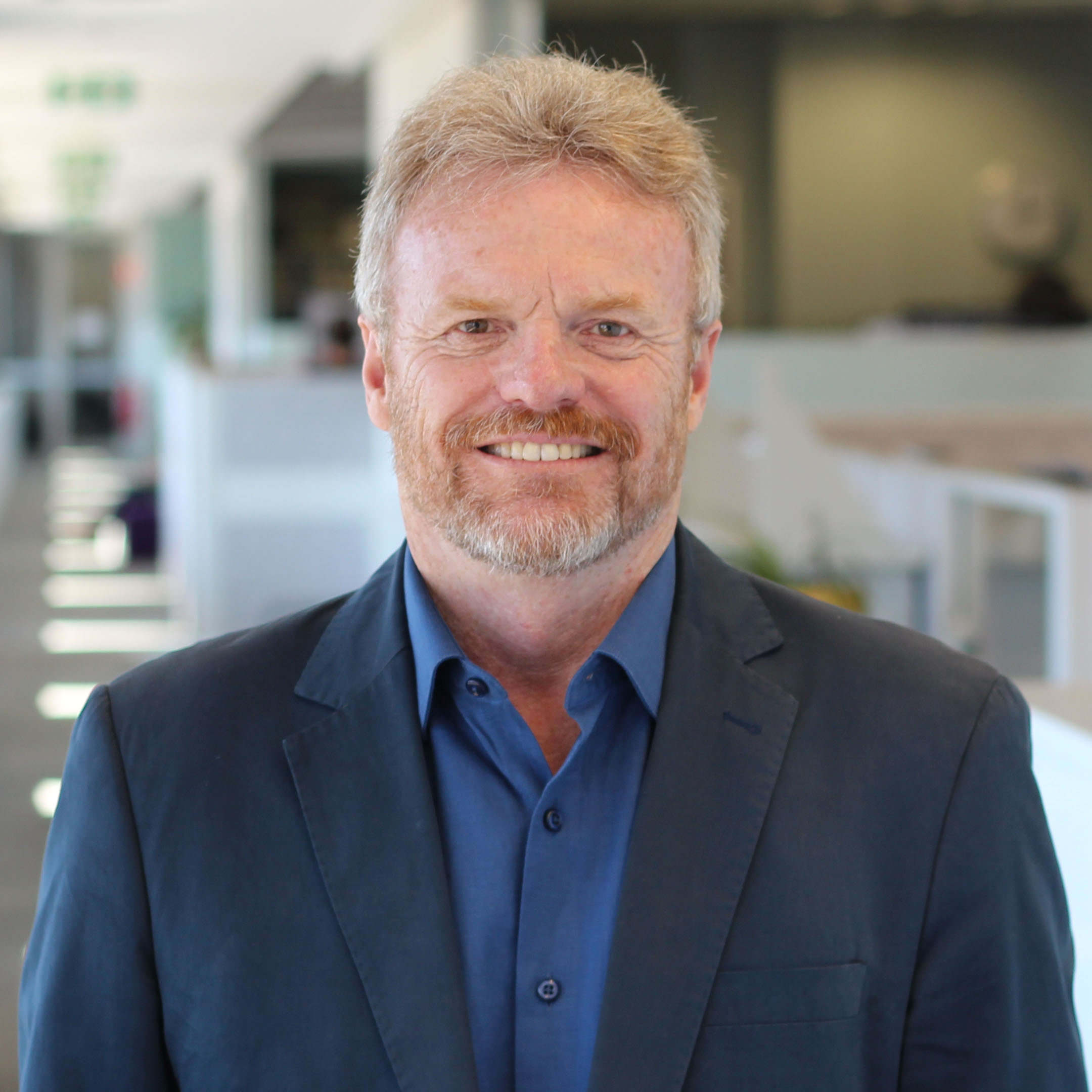 Neil Holbrook is Professor of Climatology and Climate Change and Head of the Centre for Oceans and Cryosphere within IMAS.

Professor Holbrook is a Physical Oceanographer by training, and one of Australia's original National Greenhouse Advisory Committee (NGAC) PhD scholars graduating from the University of Sydney. His interests and expertise are in the ocean's role in climate, ocean and climate dynamics, climate variability, extremes, climate change, and systems science. He led Australia's National Climate Change Adaptation Research Network for Marine Biodiversity and Resources [2009-2013]. Neil is President of the International Commission on Climate of IAMAS/IUGG and a Fellow of the Australian Meteorological and Oceanographic Society. 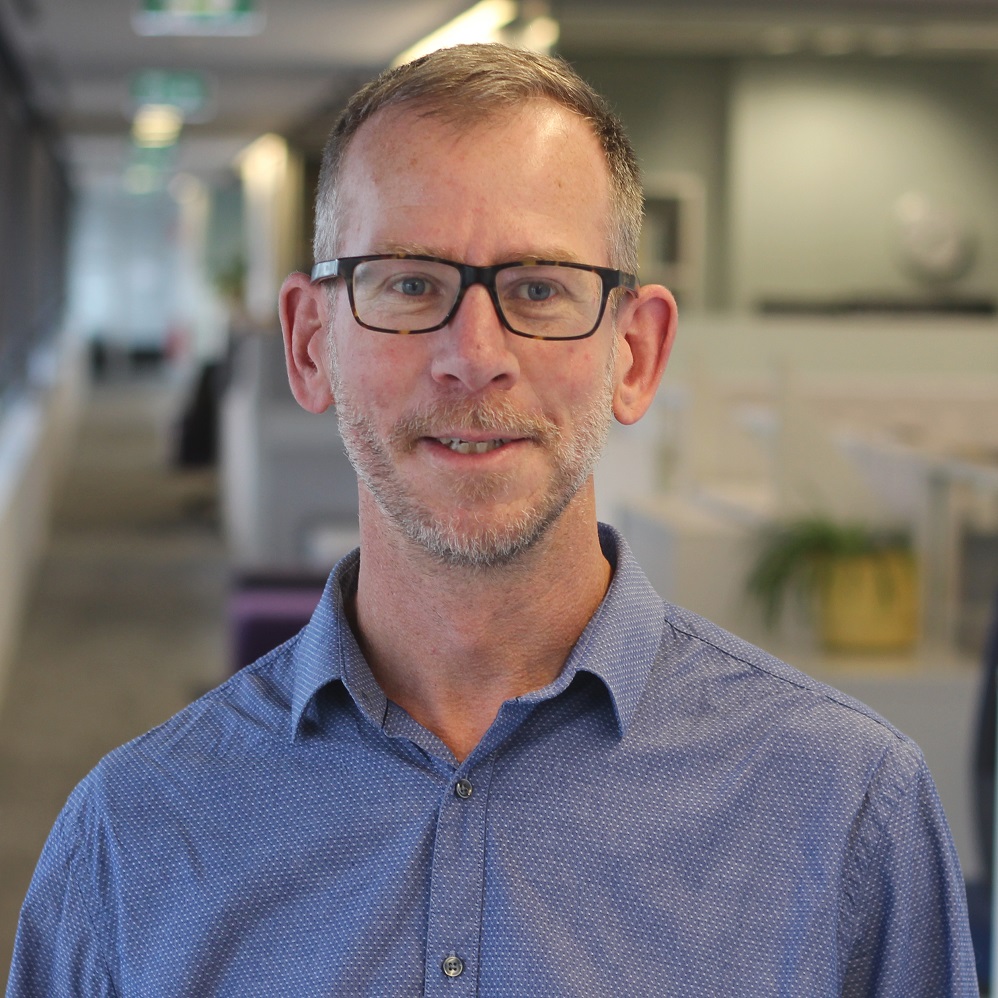 Caleb first studied science at Adelaide University and then worked in the UK and Sydney.

He began his fisheries research career with UTAS in 1995, initially working on giant crab and lobster fisheries. He later undertook additional undergraduate studies and then a masters by research in economics in response to the need to consider economic approaches in harvest strategies. He has worked in a range of positions at UTAS including current roles as Director of the 'SMRCA', which is the partnership agreement between the Tasmanian Government and UTAS for research services, plus head of IMAS’s Fisheries and Aquaculture Centre. 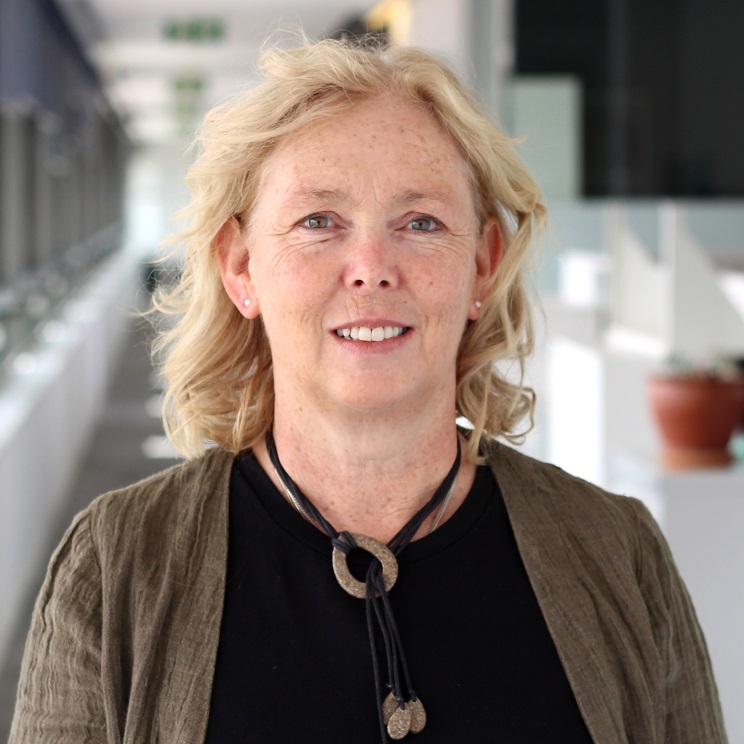 Catriona is a benthic ecologist and Head of the IMAS Ecology and Biodiversity Centre.

Her research is focused on coastal environmental interactions, and marine and coastal resource management. She has a particular interest in environmental impacts on soft-sediment and reef ecosystems, especially as a result of organic enrichment and heavy metals, and in providing the system understanding to ensure sustainable management of industries in the coastal zone. This has led to a broader and multidisciplinary research focus on multiple use management, improving spatial planning processes, the relationship between environmental management and community values, and how to improve science communication and environmental understanding. Catriona has developed and led a number of significant cross-disciplinary research collaborations within UTAS, nationally and internationally; including multi-sectoral partnerships. 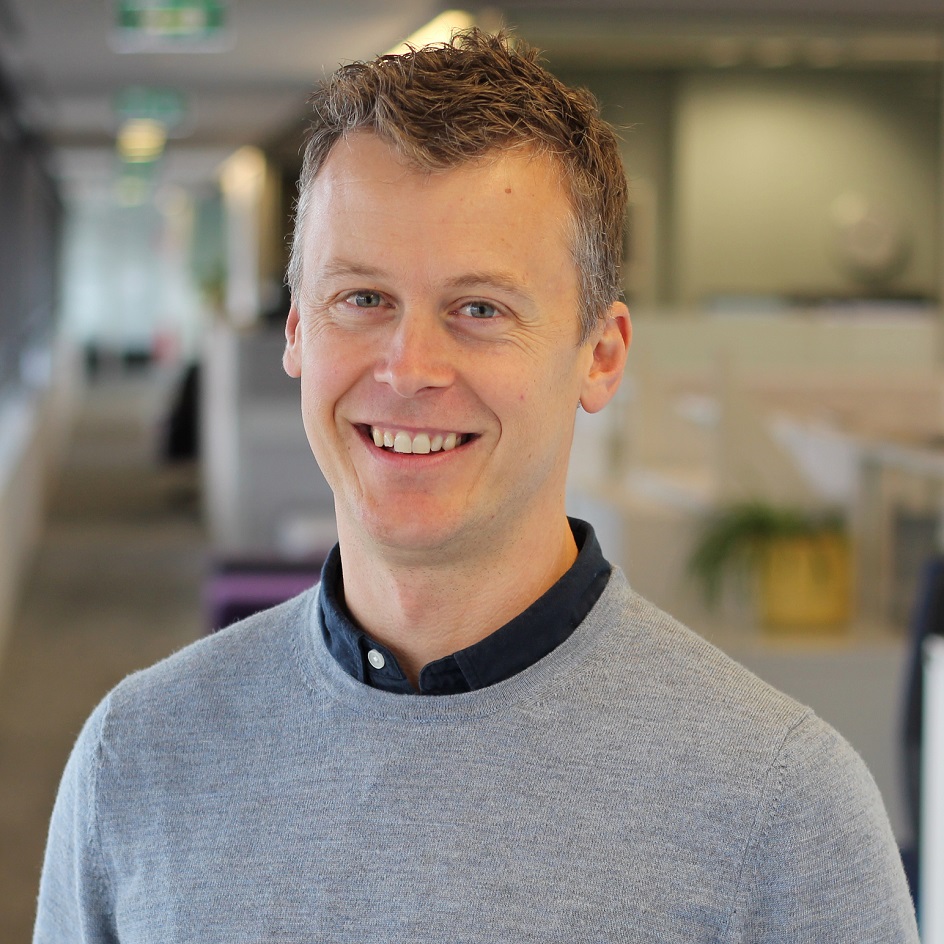 Andrew is a senior lecturer in sustainable aquaculture as well as an aquatic animal health scientist, molecular biologist and the Deputy Centre Head for Fisheries and Aquaculture.

Dr Bridle applies his molecular biology expertise to aquatic animal health research on fish and crustacean immunology, vaccinology, aquatic microbiology and fish diseases. More broadly his research extends to molecular aspects of fish physiology and nutrition. An important aspect of his research is to improve the sustainable aquaculture of domestic and globally important aquaculture species such as Atlantic salmon and bluefin tuna and includes emerging aquaculture species such as the tropical rock lobster. Vanessa is a marine spatial analyst and the Deputy Centre Head of the Ecology and Biodiversity Centre.

In particular her research focus is on the development of spatial analysis methods for translating remotely sensed data into information that be utilised to understand the spatial distribution of benthic marine habitats. The diversity of research projects that Vanessa engages in is a reflection of the multidisciplinary nature of marine surveying. Marine surveying is a foundation discipline that generates knowledge to answer specific questions about understanding our marine environment. Jo is an Associate Professor, Graduate Research Coordinator and Deputy Head of the Centre for Oceans and Cryosphere within IMAS.

Associate Professor Whittaker’s research lies in the fields of marine geoscience, in particular plate tectonics, mantle plumes, and how these processes interact to form ocean basins. She uses a combination of field-work, and modelling approaches to evaluate the interactions of plates and plumes globally and how these influence ocean circulation patterns over geological timeframes. Tom Kinstler was appointed IMAS Business Manager in 2017. He has over 25 years experience in the corporate sector in various senior finance, administrative and management roles within the telecommunications, health, banking and consulting sectors. Prior to joining the University of Tasmania he worked for the Faculty of Health and Medical Sciences at the University of Western Australia.

He holds a Bachelor of Commerce degree from UTAS, an MBA (Marketing) from UWA, is currently a member of CPA Australia and is a graduate of the Advertising Federation of Australia trainee programme. 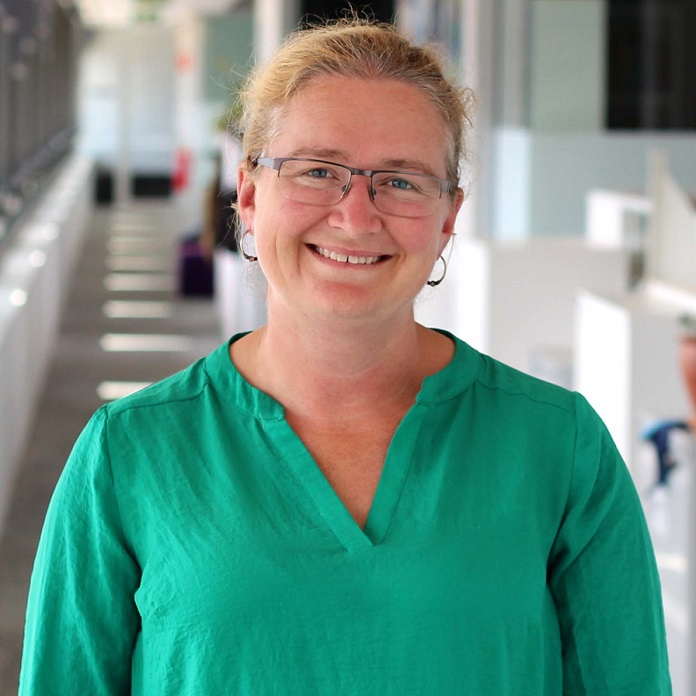 Louise is a senior lecturer in sustainable aquaculture specialising in aquaculture nutrition, and is the IMAS Launceston Team Leader.