Different types of balloons were tested in freshwater, saltwater and industrial compost for 16-weeks, and the research published in the Journal of Hazardous Materials found there was no meaningful degradation.

Dr Morgan Gilmour, lead author of the study co-funded by Zoos Victoria and the City of Hobart, said the biodegradability of latex balloons had only ever been tested once before.

“The environmental impact and longevity of balloons has long been a matter of debate between environmentalists and manufacturers, so we were surprised at the lack of relevant research,” Dr Gilmour said.

“Only one peer-reviewed study in 1989 has previously examined latex balloon degradation, although there have been two additional studies, a dissertation and an industry funded report that provided conflicting data.

“In the absence of robust scientific information consumers have been unable to make informed decisions when presented with packaging claiming latex balloons are biodegradable. 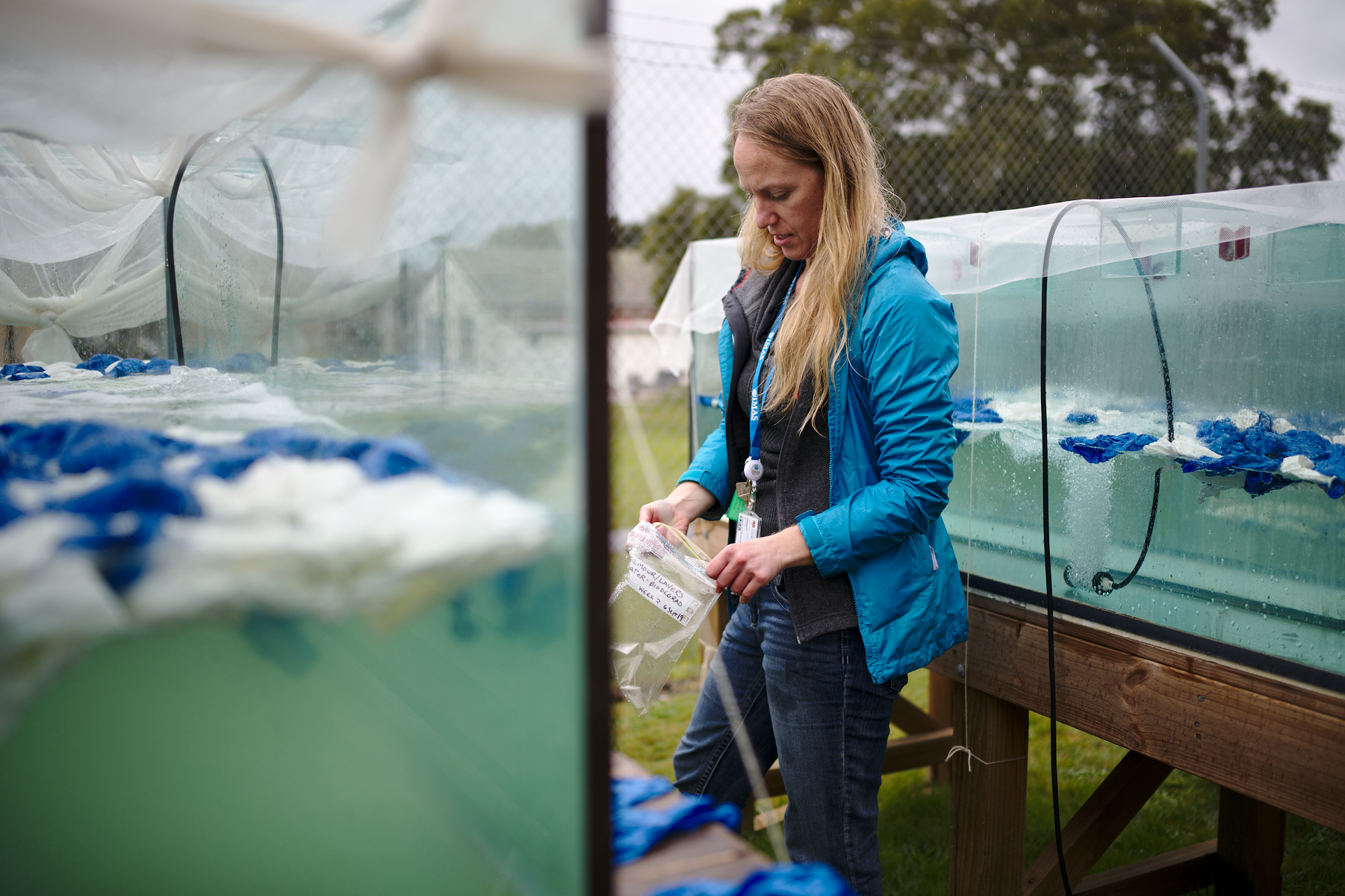 “Our study is the first to characterise balloon degradation after exposing them to freshwater, saltwater and industrial compost.

“After 16-weeks we looked for changes in mass, tensile strength and composition and found that overall latex balloons retained their original shape and size.

“The minor changes we found were variable between balloon types and treatments, with composted balloons losing 1-2% of their mass and some in freshwater gaining mass, most likely due to osmosis.

“For biodegradability to be meaningful the balloons would need to degrade relatively quickly and consistently so they were no longer a risk to wildlife or the environment.

“Our results showed no such outcome, and even industrial compost methods did not facilitate degradation during our experiment,” Dr Gilmour said.

Co-author Dr Jennifer Lavers said latex balloons are often marketed as biodegradable because latex is a natural product, but the manufacturing process adds many other chemicals and compounds.

“To create high-quality, long-lasting balloons, latex needs to be vulcanised with sulphur and compounds such as heavy metals, waxes, antioxidants, plasticizers, flame retardants and pigments are added to it,” Dr Lavers said. “Helium-filled latex balloons can travel for hundreds of kilometres before littering land or water and they can be lethal to wildlife.

“Latex balloons float on the ocean surface where they are eaten by marine animals such as turtles and seabirds, which mistake them for prey such as jellyfish.

“We hope that our research will inform the development of latex balloons that degrade within acceptable composting guidelines.

“Until that happens, however, their presence in the environment will continue to contribute to anthropogenic waste and pose a threat to wildlife that ingest them,” Dr Lavers said.

Dr Gilmour and Dr Lavers thanked Zoos Victoria and Hobart City Council for their support and for their work to address the environmental impact of litter such as that from balloons.

Zoos Victoria is currently conducting a campaign called When Balloons Fly, Seabirds Die to highlight the impacts on wildlife, including shearwaters on Lord Howe Island, where Dr Lavers found more than 80 per cent of chicks had ingested rubbish, and balloons and their attachments are one of the most identifiable items.