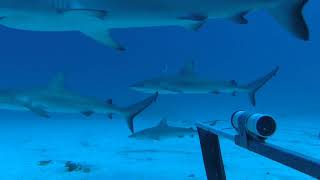 A Black Rockcod investigates the basket of fishy-snacks attached to a baited remote underwater video (BRUV) system. Lord Howe moray eels slide out from their coral hiding spots, swaying in the ocean currents and edging closer to check out what’s on offer. They’re joined by curious fish that live and feed among the coral and along the seafloor. A tiger shark and a school of Galapagos sharks slowly cruise past, and a stingray glides in to see what the fuss is about.

It is 2020, and our IMAS researchers are capturing the underwater action of the deeper sunlit ‘mesophotic’ ecosystems of the Elizabeth and Middleton Reefs in Lord Howe Marine Park.

While the shallow lagoons and inner shelf waters of these reefs have already been surveyed by divers, this is the first time the mesophotic ecosystems of both reefs have been studied. Researchers are keen to explore the gently sloping shelf platform of each reef, with their complex seafloors that provide habitat for a diverse range of tropical, sub-tropical and temperate marine species. 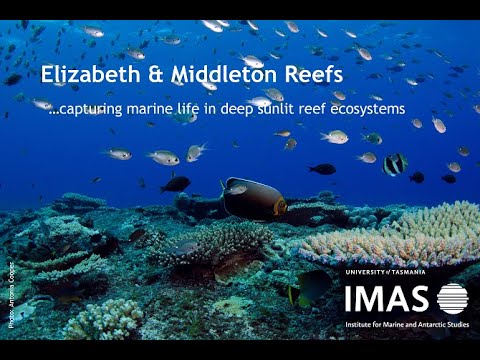 Dive in to catch cod, sharks and other fascinating creatures captured in our BRUV footage

ALL ABOARD FOR TV BLUEFIN’S BIGGEST ADVENTURE

“For this three-week survey, TV Bluefin departed on its longest-ever voyage, from Beauty Point in Tasmania, via Newcastle, to arrive at the Lord Howe Marine Park about 600 kilometres off Australia’s east coast,” IMAS Associate Professor Neville Barrett said. Elizabeth and Middleton Reef systems sit at the interface between warm tropical waters pushed south by the East Australian Current, and cooler temperate waters. In this unique location, both tropical and warm temperate fish species have found a haven to live and thrive.

“The coral cover is extensive in shallow waters and, while it’s recently experienced significant bleaching, we don’t know whether deeper corals have been bleached in the past – or if these deeper and potentially cooler waters offer a refuge for many coral species and their associated fish communities,” Assoc Prof Barrett said.

“This research and the baseline data it provided is critical to improving this understanding. It has also established an important snapshot of the current conditions, against which scientists can monitor future changes in response to warming waters and to protection efforts within this large offshore Marine Park.” 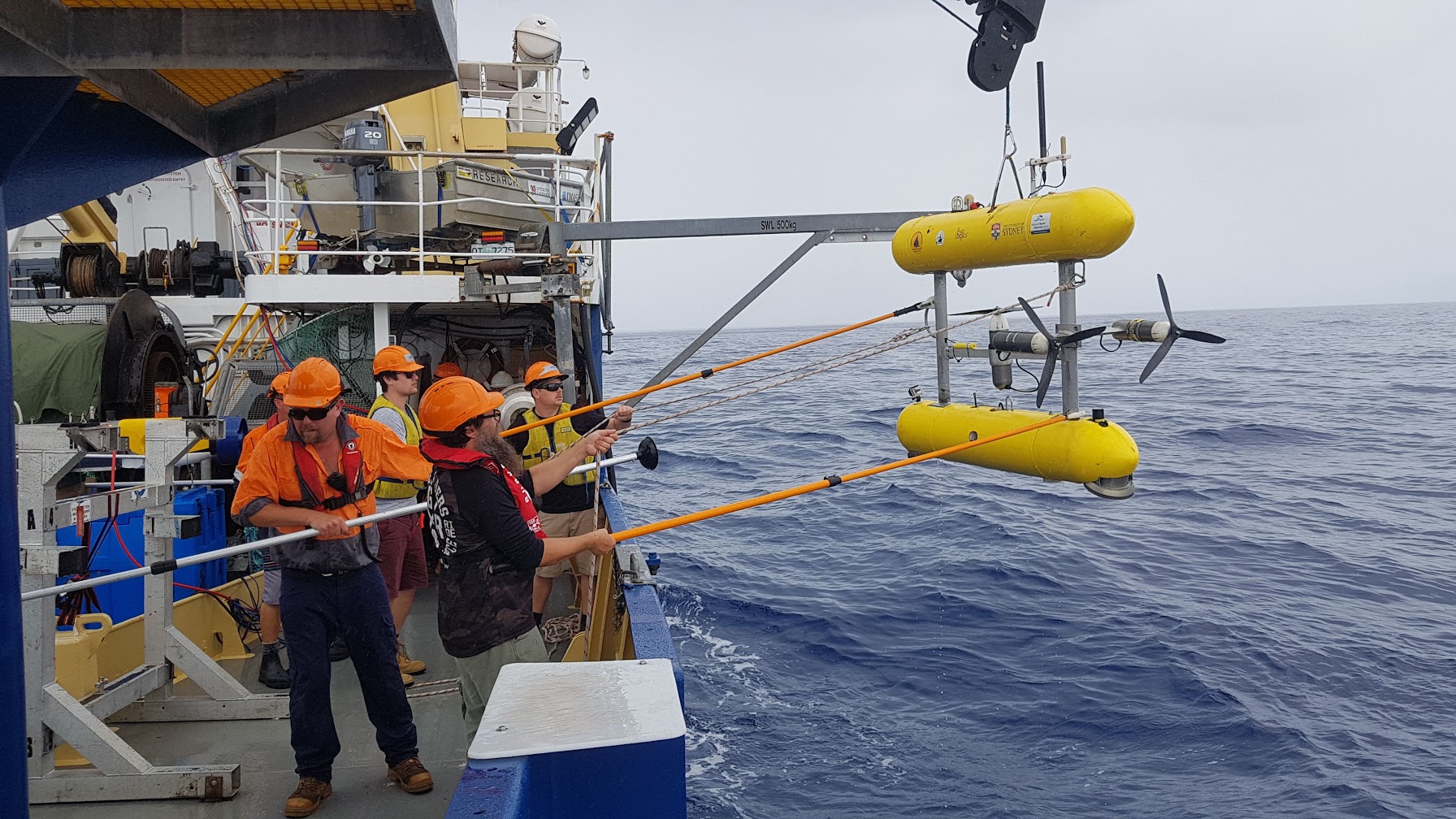 “Meanwhile, researchers from NSW Department of Primary Industries were doing matching BRUV surveys within the inner lagoons formed by the fringing reef systems.”

Researchers found an abundance of fish across the lagoon, inner shelf and deeper sunlit shelf habitats, and recorded more than 6000 individual fish during the survey.

“The reefs are a hotspot for Galapagos sharks and Black Rockcod, a threatened species that is now uncommon in coastal Australian waters, but is abundant and well-protected in this remote marine park,” Assoc Prof Barrett said.

“It’s also home to Tiger Sharks who loved attacking our video baits, and to a wide range of tropical fish species.

“Our biologists really enjoyed analysing the video and coral imagery during COVID lockdown last year, adding variety to the species we normally see in our Tasmanian regional studies,” he said.

The 2020 survey will contribute to managing Lord Howe Marine Park and the 10-year management plan for the Temperate East Marine Parks Network.