Tides of change: what’s next for Macquarie Island’s king penguins? At first glance, it looks like all is going swimmingly in the king penguin world on Macquarie Island. After suffering near-decimation from almost a century of commercial exploitation, the population rapidly grew when protections were introduced in the early-twentieth century.

Now an Institute for Marine and Antarctic Studies (IMAS) led study published in the ICES Journal of Marine Science has found that the rapid increase in chick numbers recorded following exploitation has ended.

IMAS PhD candidate and lead author, Penny Pascoe, said Macquarie Island is home to approximately 10% of all king penguin global breeding pairs, and is the only breeding site for this species in the Southern Ocean’s Pacific sector.

“The Tasmania Parks and Wildlife Service has conducted an annual census of king penguin chicks on Macquarie Island since 2007. Using this data and censuses conducted last century, our team has explored the current trajectory of the island’s king penguin chick numbers, as well as how select environmental variables may be impacting chick numbers in a given year,” Penny said.

“We found that the number of chicks is no longer increasing at the rate seen during the latter half of the 20th century. Instead, numbers have started to gradually decrease since annual censusing began in 2007." 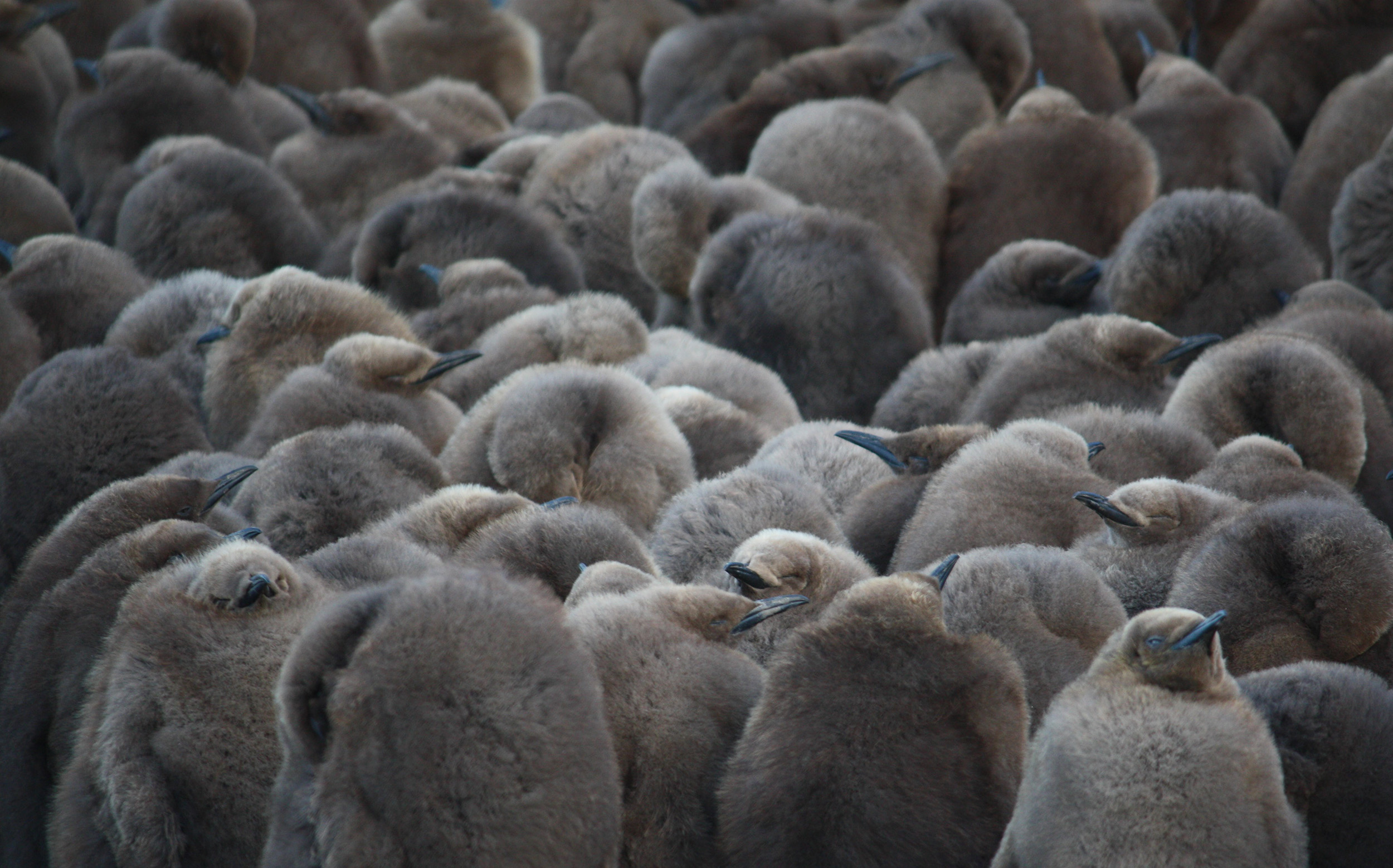 “Further work is needed to determine whether the decline we’ve identified reflects a decrease of the broader breeding adult population, or if it’s a natural stabilisation after the population’s rapid recovery from exploitation.

“There are also substantial fluctuations in chick numbers between years. We found that years with lower chick numbers were correlated with higher rainfall events and wave height during incubation, along with more storm events and warmer sea surface temperatures in the foraging regions of adult king penguins.”

IMAS researcher and co-author Dr Julie McInnes said these changing environmental conditions on land and at sea affect species in a range of ways.

“For king penguins, environmental changes can alter the availability of food and increase the foraging trip duration of adults, which can have an impact on chick survival. Likewise storm events can impact breeding birds on land, especially when birds have eggs or small chicks,” Dr McInnes said.

“The current data is a strong foundation to build on and highlights the value of long-term data monitoring programs.

“The results from this study, and our recent paper showing the significant decline in gentoo penguins, highlight how important it is for us to continue monitoring Macquarie Island’s wildlife.

“This will help us understand what is driving these population changes and, more broadly, how climate change is impacting seabird populations in the Southern Ocean.”

The research was a collaboration between the IMAS Centre for Ecology and Biodiversity, the Tasmania Parks and Wildlife Service of the Department of Natural Resources and Environment Tasmania (NRE Tas) and the Australian Antarctic Division (AAD).